Breaking stereotypes, one stream at a time

As the role of feminism and the importance of women in our global society have taken center stage in mainstream media recently, it’s no surprise that the world of eSports has not been immune either.

Only just a few months ago, think pieces on the role that women play in eSports and the inequality in competitions’ prize pools sparked heated debate on Twitter. While we aren’t here to agree or disagree on any viewpoint, it is refreshing to see a player like ‘JinNy’ breaking stereotypes and abolishing the status quo, especially in a region like South East Asia.

If you’ve followed the South East Asian competitive Counter-Strike (CS) scene for some time, you would be familiar, or at least heard of, ‘JinNy.’ To players in her home country of Thailand, Sarindhorn is a familiar face. An avid streamer & pro-player for Made-in-Thailand (MiTH), she is also well known to many in the region.

I recently spoke with the young captain on her journey through CS and what it takes to be a professional CS:GO player in the region. It turns out, it’s not easy (as we already knew). Yet it is remarkable to see how far the young Bangkok-native has come in her (relatively) short career, despite the odds; she only started playing CS:GO in 2014. A regular face for anyone who spends time on Twitch, JinNy has a following unlike most players in S.E.A, and it’s all because of her hard work and determination.

The Road to Stardom

While it’s hard to believe, JinNy says she never really liked the game when she first started out. “At first I really didn’t want to play CS because I hated the setting up process. CSGO needs a lot of configuration and it didn’t appeal to me at all.” This quickly changed, however, when her competitiveness was awoken after being dominated by the competition around her. “I just kept playing because I wanted to see how far I could go, I wanted to compete in tournaments. This led me to be picked up by MiTH in early 2015.”

It’s a pattern you see with many players from a young age, a competitive drive that takes a hold of them and is hard to shake off. Sometimes that competitive spirit faces challenges & obstacles, like we saw in our previous interview with Anthony ‘ImpressioN’ Lim. While Anthony’s struggles are relatable to some, JinNy never really felt that support from friends and family was an issue. “My parents love to play games! They never really asked me to stop playing when I was young. When I finished high school, I told my dad that I wanted to get into gaming full-time.” He approved.

However, deferring University and going pro was no easy decision, and as Sarindhorn quickly found out, would cause friction closer to home. “After the first year, I felt my dad wasn’t really happy with that decision. I had made a promise that I would do it for one year and see where it went, so I stuck with that promise. I resumed by education, worked part-time and still managed to play. That made both my parents very happy, and they continue to support me in whatever I do.” 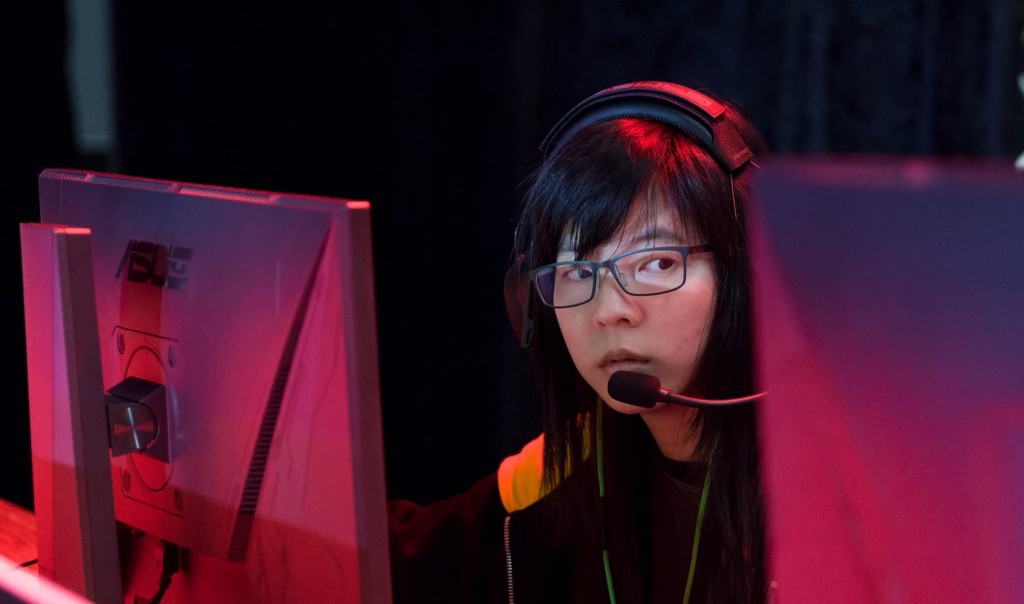 Keeping a close watch on her teammates

“I’m just one of many female players that want to play in a pro team, and I try my best to be a good player. I’m not good enough to be a role model”

On being a Female Gamer

While I myself struggled to conduct this interview without addressing the elephant in the room, I was fearful of sounding like yet another presumptuous prick who can’t just relate to women as equal human beings. Despite that, I chose to address the elephant anyway and asked JinNy the question around the topic of being a female gamer. After all, it’s a pretty big deal that she is the only professional female CS:GO player in a South East Asian team. (At least, a well known and established team which isn’t part of a ‘female only’ league.) When asked if she thinks she’s a role model, her humility overshadows any awkwardness I may have felt: “I’m just one of many female players that want to play in a pro team, and I try my best to be a good player. I’m not good enough to be a role model.”

As mentioned earlier, it’s obvious how difficult it is to go pro in our region. One doesn’t have to venture far from Thailand (arguably one of the most active CS:GO scenes in S.E.A) to see that they have it comparatively good over there. Neighboring Vietnam has struggled to find consistent & willing players & teams. To the south, Singapore has seen little to no new teams formed in over a year (abysmal considering our countries size:GDP ratio). Cambodia, Laos & Myanmar virtually have no scene. JinNy, however, is somewhat optimistic: “[While] it’s difficult to be a professional player in Thailand because the support is not enough to play a game as main job or full-time play, it’s better now than it used to be, for sure. I have been involved in the eSports scene for a long time now so I understand the problems.”

When asked what she believes is needed for our scene to grow, she refrains from giving too much detail: “We need more competitions in Asia and more slots to play in the Majors,” she says.

JinNy and her team at the ZOWIE Extremesland 2016 in Shanghai, China. Photo: fpsthailand.com

A Team to be Proud of

Understanding what both JinNy and MiTH have been through gives context to the gravity of their accomplishments thus far. While still far from being a top three team in Asia (currently ranked 15th on our ranking), JinNy and her team have consistently shown they are not to be taken lightly, especially with results in LAN tournaments. Placing 2nd in last years ASEAN Games for eSports (AGES 2016) and coming in 5–8th at the ZOWIE Extremesland 2016 (losing to Australia’s Renegades, eventual runner ups), MiTH & JinNy have shown us that they have what it takes. “Extremesland was our most difficult tournament so far,” says Sarindhorn.

For the young captain though, things have only gotten a little more difficult recently; her team has undergone some major roster changes. “We just changed our lineup in January, so its new for me”, she says. On forming the new line-up: “We knew each other from playing online and became friends in real life, I’m happy to play with them because we are friends.” A good sign, that’s for sure, but time will tell whether MiTH can break the curse of constantly coming behind local rival, Signature.

Afterall, the new roster sees two of her ex-teammates making the migration to Signature. What we do know, however, is that MiTH has a true go-getter among their ranks in JinNy. We are definitely keeping an eye on this one.