The story of Vietnamese player Anh ‘Crazyguy’ Ngô Công is intimately connected with our own. Back in 2015, the once Asian powerhouse ‘Skyred’ managed to secure a trip to Stockholm in place of China’s ‘QeeYou’ (comprised of players such as Attacker, Karsa & Zhoking). After the said Chinese team had been unable to secure visas in time for the tournament, runners-up Skyred were selected to represent Asia at the offline qualifiers in Stockholm with a chance of qualifying for the Major in Cluj-Napoca later that year.

At the time, many in our region saw this as a letdown. It was hard enough (and still is) for the best players & teams from our area to shine on the World stage, let alone the second best team.

Needless to say, expectations were bleak for the young Vietnamese squad (pictured below) 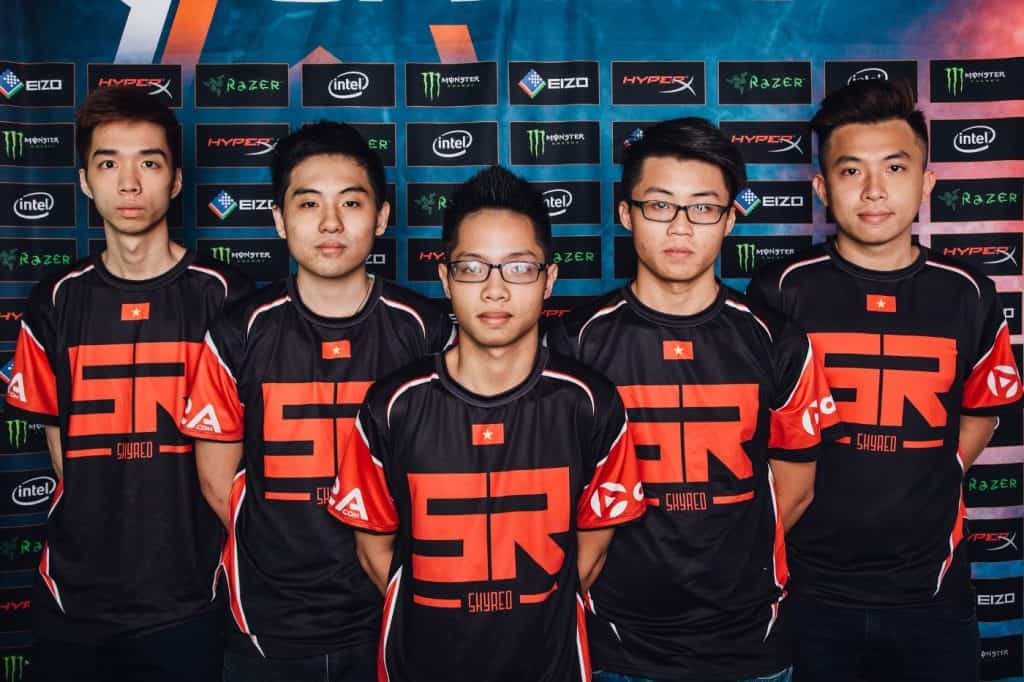 What happened next took everyone by surprise. Instead of getting steam rolled by their opponents (Titan) in the opening match, the Vietnamese squad managed to hold it together despite ultimately losing 2–0 in the series (7–16, 8–16). They later went on to play two very close games with the Polish lineup of Vexed, but sadly, came out short (14–16, 12–16). Vexed knocked Skyred out of the qualifiers extinguishing any dreams of an Asian CS:GO team at the Major, but Skyred certainly left an impression.

Throughout the tournament, the performance by one player in Skyred stood out amongst the rest. Crazyguy.

#csgo2asia possible to make this hashtag popular? Our scene would be nearly complete if we could spread to the region! #csgo

His performance single handily brought the much-needed attention the Asian region needed, sparking something great. In the wake of seeing his insane AWP skills, Anders Blume coined the hashtag #csgo2asia. This alone was re-tweeted 320 times, and Anh was even featured on HLTV.org, earning the nickname ‘Beast from the East.’

There is something remarkable about how this whole story unfolded, but behind the seeming breakout success is a series of dark trials and tribulations faced by the Vietnamese player.

A Coming of Age

As with all of our player stories, a look at how they got to where they are is always the most satisfying part, and with that, an emphasis on parental attitudes towards the player in question is always a focal point for me. I think it’s safe to assume that all young professional esports athletes face this obstacle, and very few are lucky enough for parents or guardians to immediately understand the relevance of a career in esports to traditional notions of success.

Furthermore, we are all aware of the general acceptance in global society on esports, or rather, the lack thereof. It is safe to say we are still a few hurdles away from esports becoming a mainstay. In a country like Vietnam, it’s compounded by the fact that communication in their culture is very indirect. Based more on rapport and respect, a key point I’ve learned is that showing agreement by saying “yes” demonstrates respect, even if the person does not agree with what’s said.

For example, one would say “yes” to an invitation even if one does not intend on attending. The individual would just not attend. Breaking this rapport or disagreeing is deemed disrespectful, and therefore, disagreeing with parents is extremely disrespectful.

When I asked Anh about his parents’ attitude, and if they changed, he tells me that “They didn’t want me to play too much when I was in high school even though I had achieved a few titles. But after the Sweden trip (Dreamhack Open Stockholm), they started to support me a lot because they saw that I was not playing for fun, like other kids.”

I’d sure hope they did.

The most significant change for Anh was when his parents finally let him decide on his schedule; all they wanted was for gaming to not interfere with his career as a student. Ah, parents. Anh goes on to recite an anecdote from his high school days: “I remember when I was in high school, the teacher asked all of us what we want to do when we grow up. I said that I wanted to be a pro-gamer, then all my friends laughed at me. But now, they understand what am I doing.”

Apart from the overarching obstacles in the social fabric, Asian CS:GO has always lagged behind our western counterparts. Sudhen “bleh” Wahengbam has summarized some of these reasons before, but I wanted to hear it from Crazyguy’s point of view. “The CS:GO scene in Vietnam is trash, for now, we were so good at 1.6 and the beginning of CS:GO. But for now, all the ‘good — average’ players think they are good enough, and they don’t want to listen and grow, their ego is so big. There is a lot of hate. Mostly, they just care about how many frags they’ll drop or how to bait their team to have the best stats, they don’t believe and trust each other. I used to think that I could change this scene, but I was wrong.”

I used to think that I could change this scene, but I was wrong.

Hearing this piqued my interest, to say the least. I go on to ask Anh about his experience with his own team mates at in Threats and later in Sabertooth: “This is kind of a personal thing, so I can’t speak out about it. All you need to know is that I will never play with any Threats players again.”

In late March this year, Indonesia based Recca Esports announced the signing of Anh “Crazyguy” Ngô Công after their star player Hansel “BnTeT” Ferdinand was picked up by TYLOO.

“Recca just asked me to stand-in for them during the Razer Rising Stars league, but after that, they asked me if I wanted to play with them full time. It was an easy decision, we have the same goals, and I wanted to look beyond Vietnam.”

This move sparked the beginning of a new standard in Asia. Chinese Org Born of Fire (now Eclipse) signed An “Zac” Nguyễn Ngọc Thiên in the same week, and since then, many more orgs in both China and elsewhere have done the same. It seems that now, players in the rest of Asia will have to consider orgs in countries like China to find their own success. With their deep pockets and a growing interest post-Perfect World release, China is ripe for Asian dominance. We can only hope that these experiments bear the fruit they promise and that talents like Crazyguy continue to challenge the norm and reach for the stars.

Closing words from Crazyguy himself:

“I just want to tell everyone to never give up. Practice seriously as much as you can and you will become better”