The Captain of Singapore’s top CS:GO team shares his story

Singapore is a tiny island & city state with a population of around 5.6 million. The country, where I also hail from and call home, is rich with talent and a hard-working educated population. It has achieved a lot in its short 51-years of independence.

It’s no surprise then that Singapore, with it’s high education standards, comfort of living, safety, and technology infrastructure, has evolved into a nation that has produced some of the best talent in eSports within the South East Asian region. One such talent is 21-year old Anthony ‘ImpressioN’ Lim.

No stranger to the competitive CS:GO scene in Asia, Anthony, a vocal and energetic young man, is Captain and long time member of Singaporean team dream[S]cape, who were recently acquired by Chinese organization B.O.O.T.

Anthony and I chat on Discord over a late night (early morning) game during the recent ELEAGUE Atlanta Major, trying hard not to be distracted by the intensity unfolding in the quarter finals. A team he most admires right now, Virtus.Pro, is currently losing their second map to Danish team North. In between, he explains to me why he admires Virtus.Pro so much: “the players all have great personalities and the thing about them sticking with the same line-up for the longest time and overcoming obstacles together as a team is truly admirable. And I love Pasza! He’s just a huge personality, and his story is profound.”

It’s no surprise then that Anthony embodies these values within his team. As he continues, he speaks endearingly about his team mates: “Nevin (splashke) and Benedict (Benkai) are the guys that I’ve been together with the longest and in a sense we’ve been the core of dream[S]cape. Along with [our coach] Benny ‘General’ Ng we’ve been together for over a year now. Nevin is like my little brother, I look out for him outside of the game and once we enter a game I kinda make sure I keep him on the right path.”

It’s refreshing to see the enthusiasm from the young Captain. With recent top achievements such a 2nd place finish in the ASUS ROG Masters Kuala Lumpur, Anthony’s team has been on rise in the region throughout 2016 and have secured themselves a comfortable spot as Singapore’s best CS:GO team.

The Long Road to Singapore’s Best

The road to being Singapore’s best and one of the regions top-5 teams hasn’t been easy, however. The young Singaporean didn’t secure his first domestic 1st place win for almost two years. “It all started in the era of CS 1.3, at a tender age of 5. It was the time when MP5 bunny hopping was the in-thing. I was a regular at my nearby LAN shop ‘netzspiel’, I spent a lot of time just playing the game and loved EVERY aspect of it,” says Anthony.

For the young Captain, it was the thrill of winning that kept him interested. From winning small competitions at local country clubs and gaining his first MVP award at age 7, he says, “it was just a type of thrill you could never get elsewhere.”

Anthony continued playing Counter-strike until ‘netzspiel’ closed down around 2004–2005, and although he had his own PC at home, buying the game wasn’t feasible when so many free online games such as Runescape were available. As he continued to play various FPS & MOBA titles until the age of 13, both casually and competitively, it wasn’t until he was 17 and with the birth of CS:GO that he started to take things seriously. A younger Anthony at his first ever CS:GO LAN tournament 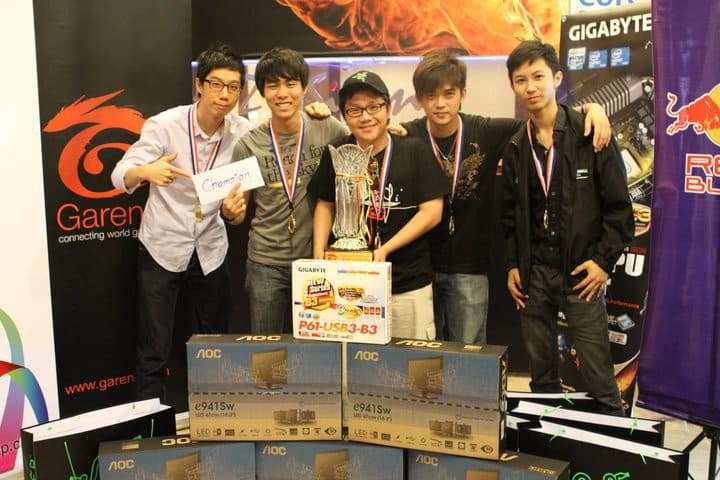 Anthony even played LoL once upon a time. Here he is as Champions of Garena’s Blaze of Glory League of Legends tournament in Malaysia under team 5S1M

Like many young players across the globe, gaining support from family members, particularly parents, is not always a walk in the park. “My dad and I have always had a pretty strained relationship. When I first started competitive gaming, my dad didn’t understand it at all. I actually started going to LANs at such a young age to avoid the conflicts that were happening at home.”

In contrast, Anthony says, his mother has been a huge supporter since almost the beginning. “My mom watches a ton of my games, she was even there in Kuala Lumpur, Malaysia, when I attended AGES 2016 last year. In fact, my two sisters were there too. She [Mother] has been supportive every damn step of the way and to me that’s fantastic. Even typing this puts me on the verge of tears thinking how fortunate I am to have my mother support me like this.”

“Even typing this puts me on the verge of tears thinking how fortunate I am to have my mother support me like this.”

Over the years, however, Anthony’s Father began to accept this chosen lifestyle for his son. From driving him home after late night LANs in Singapore, to sending him off at the airport when his team had international events, Anthony says even his [Father’s] questions about how his teams’ matches were going showed that he began to care.

“To me, gaming started out as an escape, became a passion and now after a lot of hard work and dedication I’m proud to say it’s my profession”, says Lim.

Anthony feels fortunate to have a friends circle that supports him too, an important system of support that every player should seek. “My friends come from the many gaming communities I’ve been involved with over the years so many of them already understand what eSports is all about.” It helps too, that his girlfriend is also a huge fan and supporter. “ Her support, like my family’s, is never-ending. As much as I’m glad to have my mother’s support, I have to say I’m lucky to have a girlfriend who understands eSports and supports me equally in what I’m doing.” 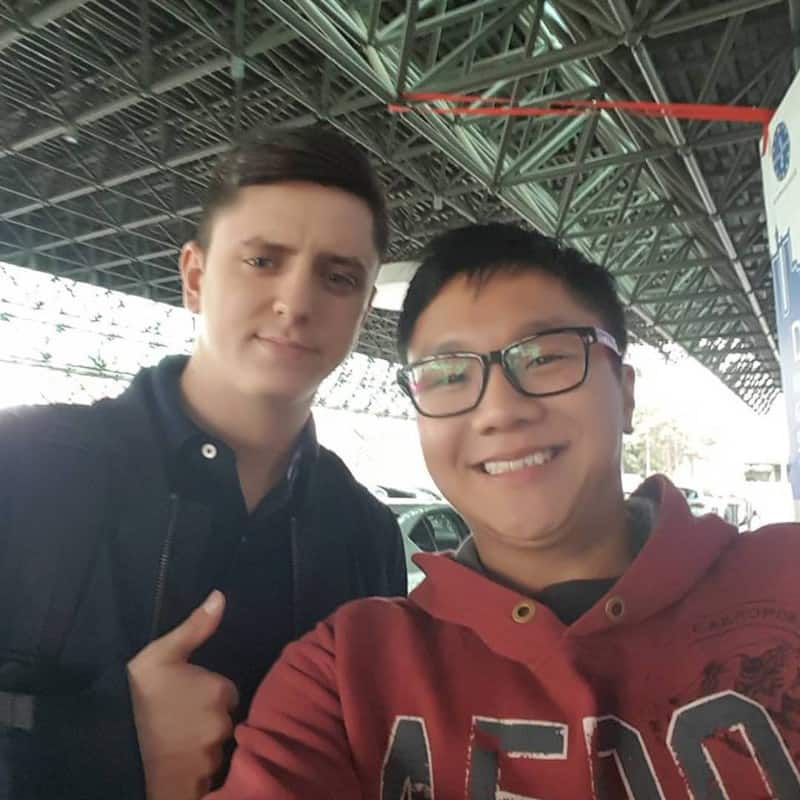 The Singapore Scene As Seen By Anthony

Like me, Anthony agrees that the CS:GO scene in Singapore has, unfortunately, deteriorated over time. Although I have my own viewpoints, I was curious to see what Anthony had to say. His reasons didn’t surprise me. Willingness to commit; to practice & to each other, coupled with the inability to utilize time efficiently were some of his top reasons for players here unable to realize their potential.

“Singapore has always had an immensely high skill ceiling but incredibly small serious player pool due to commitments such as school, army and work. Now that I actually think about it I haven’t played against a Singaporean team in months,” he says.

“Players need to understand that if you want something you have to work hard for it. Drop the ego.”

He continues, “Players need to understand that if you want something you have to work hard for it. Drop the ego. Maybe you joined a team with players who have lower individual skill than you but if you expect to join the best team from the get-go, you’re in for a huge surprise.”

It sounds obvious, but Anthony is pragmatic. Hard work and dedication overcome any obstacle, and a lot of players here (in Singapore) I too feel are unwilling to put the hard work and dedication into what are merely circumstantial barriers. In my experience managing players in Singapore, there is a tendency to fall into a trap of complacency. Many young players here are under the illusion that their talent alone should speak for itself.

I go on to ask him why he thinks his team has managed to stay ahead of the competition, but it quickly becomes apparent to me that whatever reasons he provides, the truth of it all surfaces in the way he speaks so highly of his team mates.

A Team He Is Happy To Be A Part Of

He describes his team mate Benjamin “Moxie” Kou as a ‘lovable person’ who despite his “calm and cool demeanor totally void of emotions, is actually a really heartwarming guy with a great sense of humor.”

He mentions how Alexandre ‘Alecks’ Salle was the player he looked up to when first starting out in competitive CS:GO. “He’s a great guy in and out of the game, you can just rely on him to pull through in the toughest spots and he’s also extremely intelligent.”

Anthony spares no one, and although I could include every great thing he said about all his team mates and his coach, Benny ‘General’ Ng, I think you get the picture.

“I have huge respect for each and every one of my teammates, and I honestly feel that at any given moment these guys will just go crazy and carry the team to victory. We keep each other motivated with the belief that we have in each other, if problems occur we talk it out immediately and agree to improve on it. We all have the talent; we just need to work together to make something out of it.” 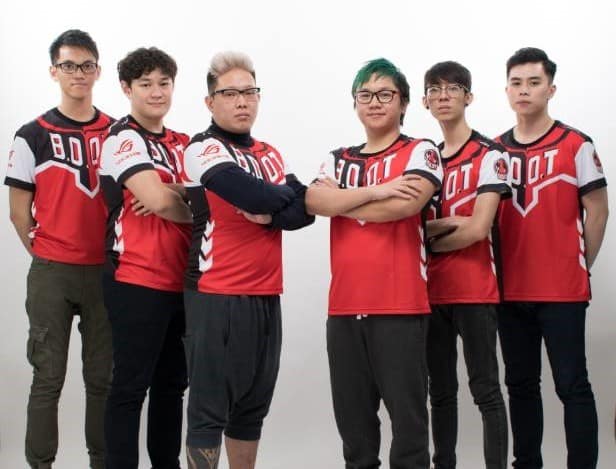 With the recent acquisition by Chinese organization B.O.O.T, things have definitely come full circle for the Singaporean player and his team, who can finally say with pride that they are getting compensated to do something they love.

According to Anthony, the transition to B.O.O.T has been flawless, as the team and organization share the same vision and goals for 2017. “We have a good understanding of what we want from each other in a team/organization relationship. I am honestly stoked to be able to play for an established eSports club. They have been really accommodating and I believe that our working relationship will only improve from here on.” The young Captain is looking forward to meeting members of the parent organization, most notably Vash, new B.O.O.T coach and former Swedish player Harley ‘dsn’ Örwal & Searph.

We end the evening with a question about the future of not only his team, but more importantly, CS:GO in Asia. Speaking with Anthony provides great insight into how top players in the region feel about the scene. As a former player myself, albeit not a pro, I sometimes wonder what it would be like to be 18 again, in this day and age. Players like Anthony are truly an example of the forward-thinking new generation of players that our scene needs to strive and grow.

Similar to a lot of players I have spoken to in the region, Anthony believes that having professional leagues & structured tournaments would benefit the scene. Even something like ‘FPL’ or ‘Rank S’ that gives players incentives to play outside of their regular seasons.

We hope, for your sake Anthony, that this happens sooner rather than later!

Parting words of wisdom from Anthony ‘ImpressioN’ himself

“Learn from every game, every play, and better yourself in times to come. Hard work & dedication will get you further than utilizing just talent. I ground my way to this point despite all the obstacles I’ve had to face and now I’m glad to have achieved my goal of becoming a professional player.

A big thank-you to our sponsors B5CSGO Battle Arena, DXRacer, ASUS Republic of Gamers, mycea.net, HiPlus5, AOC and FaMuLei as well as CSGO2ASIA for having me!”

This interview has been paraphrased and edited where needed with permission by the Interviewee and his organization. Feature photo courtesy of hltv.org.
If you like what you just read, please hit the ‘like’ button below so others might stumble upon this article. For more insights on the Asian CS:GO scene and upcoming content like this, be sure to subscribe to our newsletter.