A big upset in Asian CS:GO, but a glimmer of hope for Singaporean Counter-Strike

This weekend saw the conclusion of the DreamHack Masters Malmö 2017 — Asia closed qualifiers. Starting off with the open qualifiers between June 11 and June 18, six teams made it to the closed qualifier where Grayhound and TYLOO were waiting. In a qualifier playoff stage with no shortage of storylines, the Singaporean squad B.O.O.T-dream[S]cape stole the one and only slot for the Asia-Pacific region in spectacular fashion.

The most expected team to make it through was the Chinese powerhouse, TYLOO. With a recent qualifying streak to both the Krakow Major offline qualifiers and ESL One Cologne. The Chinese were primed to turn their streak into a full hat-trick, and secure their place as the number one team in Asia.

Six of the best teams that Asia and Oceania had to offer: ViCi, The MongolZ, RvN, B.O.O.T-dream[S]cape, Recca Esports and Dark Sided were the challenger’s to be. After a disappointing run for the Australians on both sides of the bracket, the semi-finals saw dream[S]cape, ViCi, The MongolZ and TYLOO move on respectively.

The MongolZ, with the return of Zilkenberg, were looking to upset early in the series, taking the first map against TYLOO 16–14. However, it wasn’t meant to be; hopes were squashed with two back-to-back losses securing the first final spot to TYLOO, now ready to face the winner of ViCi vs. dream[S]cape.

All eyes were on the young Singaporean squad, a team with so much potential but having fallen short all too many times in every major tournament qualifier so far this year. Starting off in a 0–1 deficit, the chances seemed to be slipping away yet again for dream[S]cape. However, after equalizing the scoreline on one of their strongest maps, Overpass, the Singaporeans rode the wave of glory to upset ViCi, moving on to the grand finals to face last years Asia qualifier champions, TYLOO. 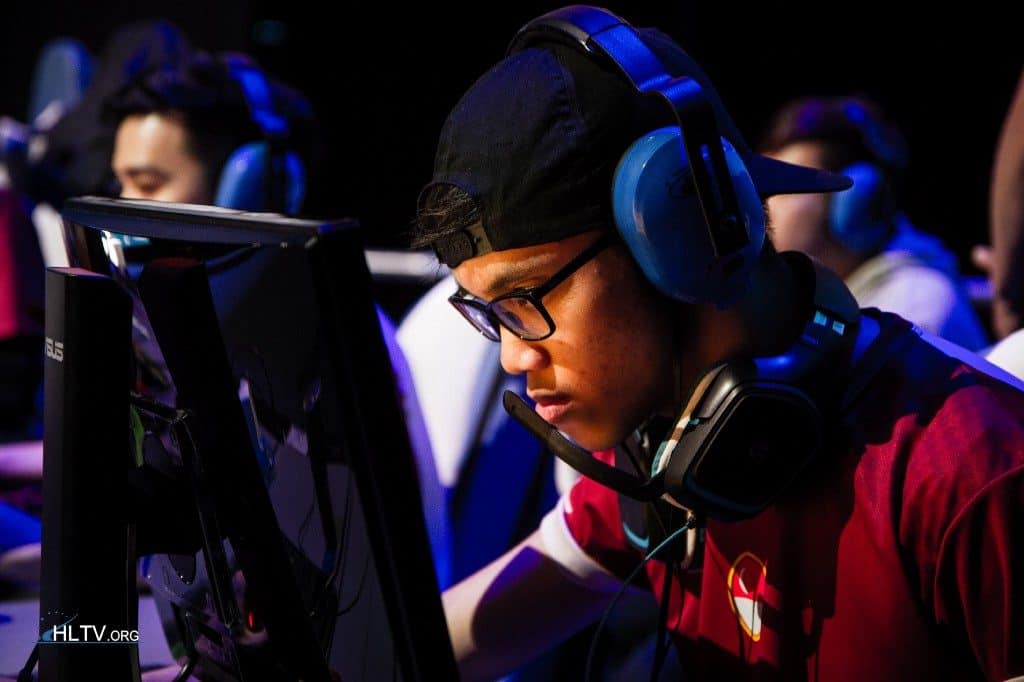 Benkai from dream[S]cape with a star performance today | Photo courtesy of HLTV.ORG

The finals began with dream[S]cape taking a surprising win against TYLOO on TYLOOs map pick, Cobblestone. After a solid start on the T side for dream[S]cape, it seemed to be anyone’s game as DD and co. brought the game back with an 8:7 lead on the CT side. However, when roles were switched, the Singaporeans defense seemed to block anything that DD, BnTeT and crew could throw at them, seeing the Singaporeans through to a 16:11 win over TYLOO.

On the second map, Overpass, dream[S]cape got off to a slower start, losing the vital pistol round to TYLOO. Despite some good performances by players such as Benjamin ‘moxie’ Kou, dream[S]cape were unable to keep their momentum up from the previous win, giving TYLOO a comfortable lead in the first half. The break in confidence was evident, and seemed to transpire over to the second half. While known for their strong CT side, the Singaporeans were unable to fend off the Chinese advancement, losing convincingly 6–16.

Train was the third map, with stunning performances by the whole ensemble of dream[S]cape; specifically, the fine tuned AWP of Nevin ‘splashske’ Aw, the boys from the tiny red dot made their presence known leading the first half 12–3. Ultimately, this significant lead by ‘splashske’ and co. proved to be just a little too much for TYLOO this time, and the boys from dream[S]cape pulled ahead, securing their trip to Malmö.

The final placement for the qualifiers are as follows:

Team NKT take down Checkmate to...