PGL announced today further details about the much anticipated Asian Minor Championships. For those not familiar, the Asian Minor Championship is one of four minor tournaments that precedes the US$1m Valve CS:GO Major (also hosted by PGL this summer). Running from June 1–4, the LAN tournament will see eight of Asia’s best teams battle for the US$50,000 prize pool as well as two slots in the PGL Major Krakow offline qualifier, facing off against the bottom eight teams from the ELEAGUE Atlanta Major 2017.

While it has been known for sometime that the country of choice was China, the exact location was unknown until today’s announcement. Held in the capital city of Beijing, the Dongyi Tianchong Studio in the Gianjing Media & Industrial Park is the location of choice. PGL will be working in partnership with Perfect World & SoStronk & it is expected to have a similar format to last years Asia Minor, an online focused studio style setting with minimal studio audience.

No further information has been released about the possibility for the public to purchase tickets or any further details on the schedule.

The team list for the Asia Minor looks as follows:

The complete broadcast crew for the event can be found below: 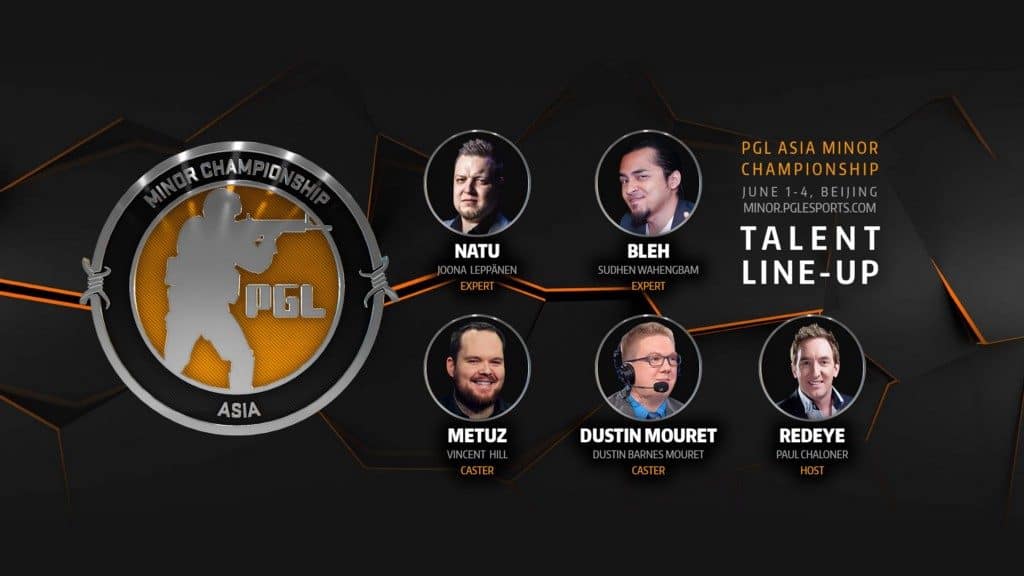 Familiar faces, some old some new. Photo courtesy of PGL.

Watch the trailer which was released earlier today: