dobu & kabal – “We are 5POWER and we use our firepower” 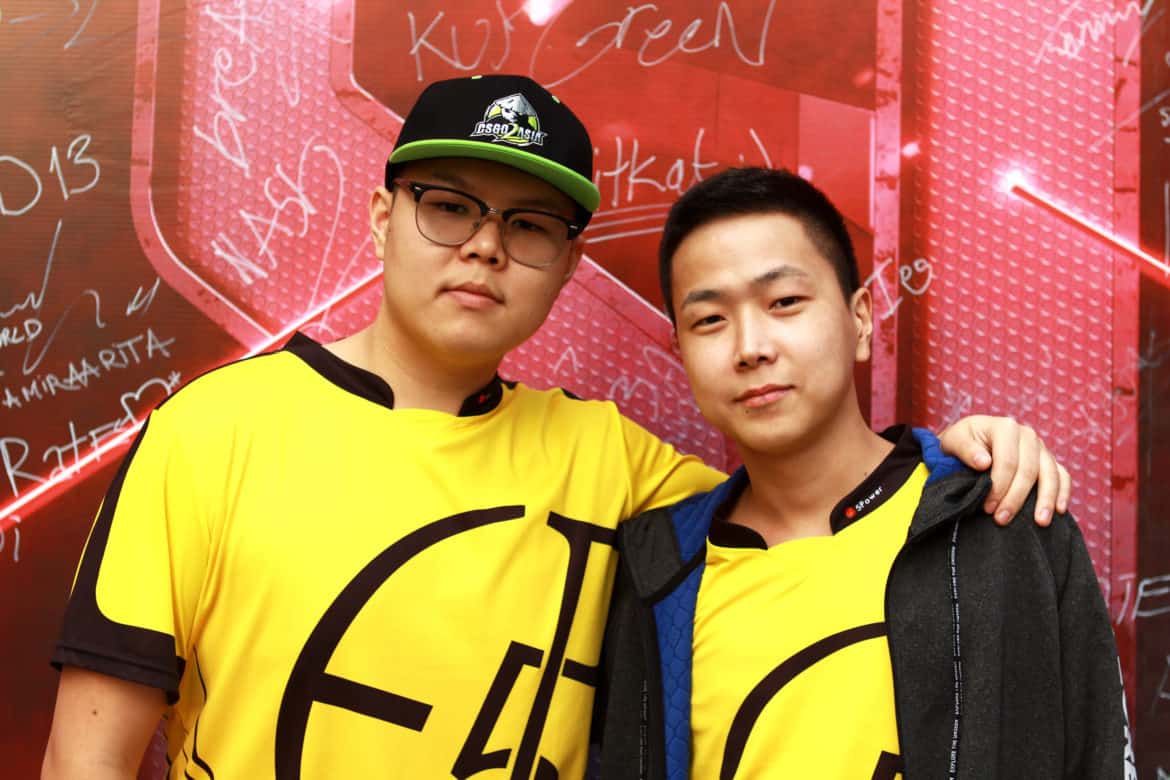 We had a chat with both Mongolian players of Chinese team 5POWER and discussed their roles on the team, adjusting to life in China, and their take on their recent success leading up to Zowie eXTREMESLAND 2018.

CSGO2ASIA: Thank you guys for taking the time to sit down with us! For the first question, can you tell us how you guys prepared for the tournament?

Kabal: We prepared and trained every day, scrimming with top-tier Asian teams. It wasn’t really anything out of the ordinary actually.

CSGO2ASIA: It seems like you guys won the Chinese qualifiers quite easily, beating teams like CyberZen and Flash Gaming. What do you feel was the reason for the success?

Dobu: I think after IEM Shanghai, our team grew together quickly. We improved in terms of our communication and our entire team was on the same page. I think the key to our improvement was playing the top tier teams at that event, we learned a lot.

Kabal: Yeah, after IEM Shanghai, I feel that the entire team gained more confidence. We just realized where our weakness was and it was easy to just focus and work on those.

CSGO2ASIA: Got it. So your first game today was against the Mongolian team, D13. How did you feel going into the game? Was it sort of an unknown factor for you or were you guys confident going in?

Kabal: Against D13, we were really confident. Because we ourselves are Mongolian, so we know how to play against them. The first round that we played, we won, so that gave us more even more confidence. We were actually quite lucky we got that round, haha.

Dobu: If they had won the pistol round against us, it would be a difficult game for us. Since it was their first international LAN and they will gain a lot of confidence from that round win, that’s just how we Mongolians are, haha. Luckily, ‘shuadapai’ got us an ace and their momentum was cut from there.

CSGO2ASIA: That leads me to my next question. Did it feel weird to play against your fellow countrymen?

Dobu: After the groups and schedule was released, we felt kind of sad, since our first game was against our own countrymen. Despite being brothers and friends, we too have to win, right? But we also want them to do well since they are the best Mongolian team right now. I mean, it would mean a lot for them to get out of groups too. I guess it was a bit weird for us.

CSGO2ASIA: So for the two of you, how has the adjustment been living in China? And how often do you get to go home?

Kabal: We go back to Mongolia once a month, mainly because of our Visas. It’s already been one year in China, so I guess it’s not really that difficult.

CSGO2ASIA: How was it for you Dobu? Was it difficult when you started?

Dobu: Personally, it was really difficult for me. For our first few months here, we are far away from home, family and my girlfriend. So for the first few months, I felt we were not really playing together properly. But after a few games, we were comfortable with each other and I adjusted.

CSGO2ASIA: Your roster is an interesting mix now since there are two Mongolian players and three Chinese players. How does this affect your communication? Walk us through how it is like to play in 5POWER.

Dobu: For the first few rosters, we communicated in English. Since we had ‘PTC‘ and ‘forget‘ who can speak decent English. After switching to this roster, we had some issues with communication. Since ‘shuadapai‘ and ‘QKA‘ cannot speak English at all, it’s difficult. We changed our communication to a mix of Chinese and English, similar to TYLOO.

Kabal: But when we communicate, we use more of Chinese actually, especially in-game, with call-outs and stuff.

CSGO2ASIA: Oh really? I know that you spent some time in Beijing as a student, kabal, do you feel your Chinese has improved since moving back to China?

Kabal: Not really! Hahaha. We do not go outside often when we boot camp, so we do not speak Chinese too much and the management takes care of everything, so I guess I just don’t really practice much.

CSGO2ASIA: But in terms of communicating in-game, how often would you speak Chinese or English and in what situations?

Kabal: When we talk about our current match or about other teams, like during briefing, everyone will speak in Chinese and our manager translates what the others are saying, for us. But in the game, we mix both languages.

CSGO2ASIA: And I assume if the two of you are the only ones alive, you guys instantly switch to Mongolian?

CSGO2ASIA: Makes sense! So, since ‘shuadapai‘ is a very experienced player, what has been the biggest impact he has brought to this team, if any at all, and is he the in-game leader for you?

Dobu: Our in-game leader is actually ‘xiaosaGe‘. For ‘shuadapai‘, he is really a hard worker. He is always watching demos and trying to fix issues with the team and improving his own aim. After bringing him on, our team improved a lot for sure.

Kabal: I agree! It is so easy to play with him, he’s a really hard worker.

CSGO2ASIA: Nice. Speaking with the other teams about you guys, a lot of them feel that your strength lies in your firepower. Would you agree or disagree? Additionally, what style of play are you guys trying to achieve?

Dobu: Yes, I guess you could say we mostly play with our firepower since the guys in our team can aim really well. Our team play and tactics are not really there, and it definitely needs work. We have to improve on those but it mainly depends on our communication. When I give a call, the team doesn’t always understand a hundred percent.

CSGO2ASIA: Do you agree, Kabal?

Kabal: Yeah, our team is five power and we use our firepower! Haha. I think in general the Chinese and Mongolians usually place a lot of emphasis on aim, so we just go with it, it is our strength so we want to make it stronger.

CSGO2ASIA: Cool. Just to finish up, what are your goals for this tournament and what can we look forward to for 5POWER in the near future?

Kabal: Our goal for this tournament is to win the entire thing! For the near future, we are looking forward to playing Toyota Masters Bangkok Qualifiers and we will be going to Moscow after this for the EPICENTER Wild Card Qualifier.

Dobu: I am really looking forward to the EPICENTER Wild Card Qualifier, just because I know we can learn so much from that experience!

CSGO2ASIA: Awesome, thank you for your time!