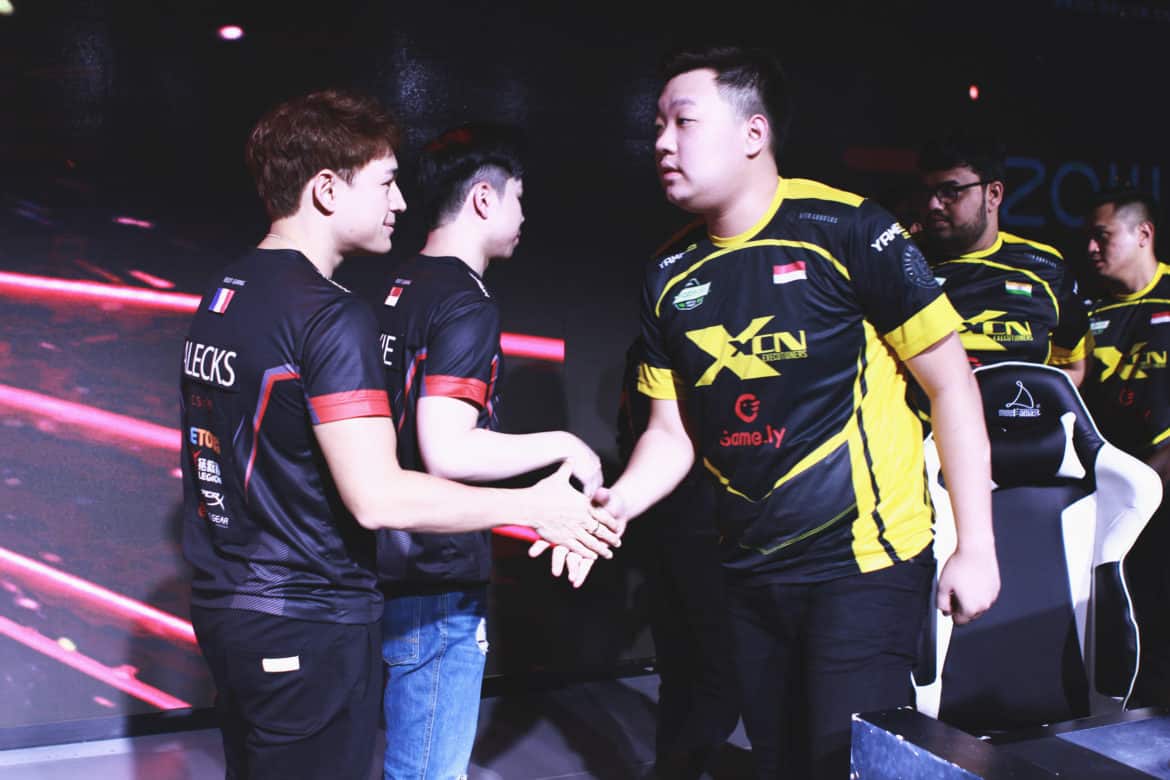 Day one of the eXTREMESLAND 2018 was full of one-sided scorelines and technical hiccups, but this did not stop some of the teams showing us exactly why they deserve to be here.

As day two of the Zowie eXTREMESLAND Asia Grand Finals begins, we take a quick look at all the results from day one and break down the plays that got the teams to where they are. Aside from a few unexpected results, the majority of games went as anticipated, and like any GSL format group stage, the real test of Asia’s best teams will be shown in today’s decider games.

D13 looked nervous on stage, which made sense, considering it is their first international LAN event. From the beginning of the game, the offense of 5POWER proved too strong for the all-Mongolian side. Trying to break the momentum of 5POWER, D13 tried their best to push aggressively for some entry frags on their CT side. However, the Chinese side met that with good trade frags and a lot of highly skilled individual performances. ‘Temk4wow‘ tried his best in pulling D13 some rounds, having half of the total frags and even clutching their first round. However, his efforts were not enough and 5POWER steamrolled their way to comfortable 16-3 win.

SCARZ was a favorite going into this matchup. However, NASR showed up to play today. With an incredible performance from  Abdulaziz ‘Nami’ Al-Hammadi and  Rashid ‘GreeNz’ Al-Nuaimi, NASR took a 10-5 lead after putting a lot of pressure on the SCARZ economy. Despite losing the pistol round, NASR took the remaining rounds of the second half, securing themselves a leading position in group A and proving why they are the best in the Middle-East.

Chiefs vs. SadStory started off with a lot of promise, with both teams trading rounds with each other at the beginning of the match. However, after a key eco round win from a triple kill by ‘Texta’ on round 7, all the momentum was with the Australian side. Chiefs pushed the lead to 12-3 by winning 9 rounds in a row. Unfortunately, SadStory could not stop the Aussie road train and they lost 3-16 to the Chiefs.

Beyond looked like no match for Flash gaming, as they were immediately outclassed in the first few rounds. With strong performances from everyone on the Flash gaming side, Beyond had trouble stringing more than two rounds in a row. Beyond’s opening match was quickly decided as Flash Gaming dominated the map, showing why Flash Gaming are the defending champions from last year.

Frostfire came out of the gates flying, jumping into a huge lead. With a nice 1v3 clutch from Ashraf ‘acAp’ Firdaus, Frostfire extended the lead to 5-0 before OptiC India could finally get a single round on the board. However, with another insane clutch from ‘acAp’, FrostFire pushed their lead to a 10-5 score leaving the showing the Indian side that S.E.A CS:GO is a different beast all together. While OptiC tried their best to equalize the score, the four-part Indian and one part German side only managed to secure a single round before losing the game 6-16.

MVP showed why they are a top tier team attending this event, winning eight rounds in a row after securing the pistol round. Revolution managed to win a round bringing it to 1-8. However, after a good double kill by solo to close out round 10. Revolution could not regain the momentum and ultimately fell to MVP PK 3-16

Following the trend of the day, this match was also another sweep. XCN had almost the same problem with some of the other teams, being unable to  As they are also unable to string more than 2 rounds together. As the CT side economy is more unforgiving, XCN could not make a solid footing into the match during their CT side half. Ultimately losing the match with a score of 4-16.

The first winner’s match of the day finally gave the losing team a double-digit score. Even though NASR won six rounds, these were spread evenly during the first half, with both teams going back and forth. 5POWER did a good job in making sure that their momentum during the first half was not interrupted by NASR. Despite putting up a solid effort on the T-side by NASR, 5POWER ultimately prevailed by repeating their solid performance during the first half.

Despite what the score says, this particular match was determined solely by the T side. As both teams put up a solid defense where neither team could break through. Chiefs jumped up to an early start, winning the half 11 to 4 and even grabbing the pistol round for the second half. However, the Australian side faced difficulty closing out the game as Flash Gaming were slowly mounting a comeback. Luckily for the Australian side, ‘Flickz’ showed up massively with a 4k on the 29th round to deny Flash gaming an over-time.

After getting a walkover due to Royal Bandits not being able to attend the event, TNC was looking to book themselves a playoff spot against one of the top teams attending this tournament. Despite losing the first three rounds, TNC won 5 rounds in a row and began to look like a serious threat to B.O.O.T. However, the experienced Singaporean side took over and managed to close up the half with a 7 round winning streak and finish the match with a score of 16-10.

FrostFire actually had a good chance of taking this matchup, they jumped to a quick 4-0 lead and some of the rounds were very close. However, veteran player  Keun-Chul ‘solo’ Kang and young star Hyun-Pyo ‘XigN’ Lee pulled off some impressive individual plays to keep MVP in the lead. Eventually, MVP PK’s experience showed, and Frostfire could not get their T side going, losing the game 10:16.

Following today’s result, these are the 4 teams that have qualified for the quarter-finals.

The remaining teams will be competing in a series of decider BO3s starting at 10:00 (SGT) today, with the losing teams eliminated from the tournament. Below are today’s match-ups and timings:

A full schedule of eXTREMESLAND 2018 Asia Grand Finals can be found here.

CSGO2ASIA is in Shanghai this week for the Zowie eXTREMESLAND 2018 Asia Grand Finals. Each day, we will be providing a basic summary of all the action that took place here in Shanghai. Be sure to follow us on Twitter for all the live update and Instagram for a unique behind the scenes look at the event.

dobu & kabal – “We are 5POWER and we use our firepower”