breAker – “Our goal is to make it to the playoffs” 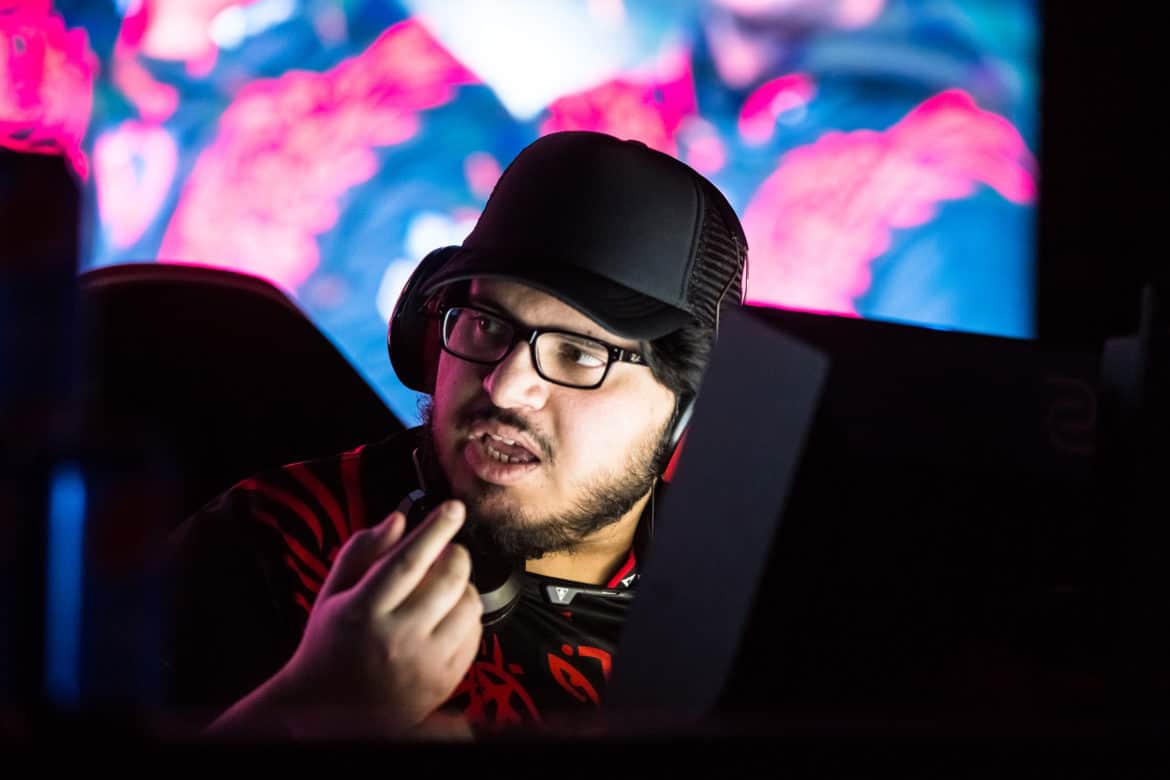 Before the group stage begins here at the PLG Grand Slam 2018, we sat down with Obaid “breAker” Al-Muhairi from NASR. breAker tells us what their recent success means to the team, and provides some insight into the Middle Eastern scene.

CSGO2ASIA: Hey breAker, so the last time we saw you back in Shangai at the Zowie eXTREMESLAND Asia Finals. You guys had an impressive run there, taking home second place. What did Shanghai mean to you as a team?

breAker: Yeah, that was the third trip for us, to Zowie eXTREMESLAND, so it was very tough but we get a lot of experience from it every time we go. This time it was our goal to at least reach the finals because we went before and learned from our mistakes and got the experience of how to reach the finals. It was good, in the final, we played against MVP PK, we didn’t read them so well because in the semi-finals we played against BOOT-d[S] and that was like the final for us, it was such a close match. Then we played MVP PK, I didn’t really prepare for MVP PK because I was busy preparing for BOOT-d[S]. So yeah, it was good for us, second place, hopefully, next year we try to be first.

CSGO2ASIA: Now, eXTREMESLAND Shanghai was back in October. What has the team been up to since?

breAker:We took 2 weeks off because there were no tournaments, then we got the invite for PLG. So, we’ve been preparing for 1 month, and we’re ready now. Let’s see.

CSGO2ASIA: Right, so in the meantime, you also played a few online qualifiers. So you qualified for WESG 2018 through the South and West Asia qualifier, which you won quite comfortably. However, you didn’t manage to qualify for IEM Katowice’s Asian Minor. What do you think went wrong there?

breAker: Yeah, so first, I’ll talk about the Minor. So the Minor they have different rules, the rules were that you have to use Dubai and Tel Aviv server. On the Tel Aviv server, we had 280 and on the Dubai server, we had 5 . So we played the first game against NOM, and we lost 2-1. On our server we won, of course, because we had 5 ping and they had 280. Whenwe went to the second server they had 5 ping and we had 280, so we lost. Before that we asked the organizer, ESEA, about the servers and asked whether we could play on EU servers, so we could travel to Europe and play on low ping, so it would be fair for both. But, they said no, the rules said we had to use 2servers: Dubai and Tel Aviv. If both teams agreed to play Europe, then they would let you, but even then we would have had 140 and they would have had had 60/70, which isn’t fair either. But, we had to play on the Tel Aviv server which was a very big problem for us. On the third map, we played the first half on a Dubai server, and the second half on Tel Aviv, so we lost a close match. In the lower bracket, we played against Portal from Pakistan, which was no problem because they have 30 on Dubai servers. So we played on Dubai servers and won. After that, we played against Uniquestars. So when we playedUniquestars we sat as a group, me and my team, and we decided to risk playing on the EU server because there’s no use playing a Dubai server, then a Tel Aviv server, and the third map depending on who chooses the first side. So we decided to choose the EU server, at least we will try to qualify from 130/140ping against 60 ping, so we did that but lost.

CSGO2ASIA: What about the WESG qualifier?

breAker: Yeah, about WESG, we used our coach KarriBob instead of havoK. So it was me, KarriBob, GreenZ, k1tkat, and Nami. So yeah, we qualified from the first qualifier. I believe we beat havoK’s team, he played with Entity.

CSGO2ASIA: Right, because of the country barrier…

breAker: Yeah, because of the country. In the finals we played against our friends, Fear the Reaper, and we won it. So I believe we are going to China now, March, next year.

breAker: Yeah, we actually have 6 players on the team. When we played Zowie eXTREMESLAND, was a stand-in. is the main player, but we had to get GreeNz because kAzoo had visa issues. is good, but he can’t play a lot of CS because he has another job.

CSGO2ASIA: Okay, well let’s talk a little more about Asian Minors. The last time you qualified was back in 2016 for ESL Cologne. Even then, you had to fight your way through the SEA qualifier. Do you think you’re cursed when it comes to the Asian Minors?

breAker: I think we’ve qualified for the Asian Minor two times. The first was IEM Taipei, for MLG Colombus 2016. The second time was theMinor in Korea for Cologne, like you said. Then, after that, we played the qualifier for Atlanta 2017 but we lost to Chosen5 from Jordan in the quarter-final. I remember that tournament we played badly, we didn’t play our game and we lost it. But, after that qualifier, we played the qualifier for Krakow 2017, but we lost to Spotnet in the final. I remember when we qualified for the first time, the qualifier was on an Indian server. The second minor we qualified was on an Asian server, Singapore, I remember we won against Mongolz.

CSGO2ASIA: So basically it’s not a curse, it’s just the servers.

breAker: Well, yeah, but I don’t know. Maybe if we played on low ping, I will say we will qualify, but at least we will have a better chance.

breAker: Yeah it’s improving, there are a lot of players that play CS, and we have the Middle East Stars on FACEIT, where there are a lot of young players. We have one problem, I’d say, in the Middle East, teams they change lineups every tournament. They are not getting better, but you see they are playing a lot of pugs. But, when you ask them why they are not practicing, they say they just don’t want to. They don’t like to practice. This is the problem in our region, but we have a lot of good players. I believe if they make a team and practice they will be able to do well.

CSGO2ASIA: Now, let’s talk about the PLG Grand Slam. How does it feel to play on your home soil and what does this event mean for the region do you think?

breAker think this is online qualifiers CS tournament in our region. It feels weird not having to leave my country, all the teams, , HellRaisers, they are coming here to play the tournament. It feels good, playing at home. We are very excited to play this tournament, to play at home and to play against European teams.

CSGO2ASIA: You guys are in group B together with TYLOO, Grayhound, and ECL. What are your goals and expectations for this tournament?

breAker: Our goal is to make it to the playoffs. I don’t know who we will face later but we need to make it out of our group. We will try to make it. I don’t know how ECL play, they are a mix, there is no demos for me to see. I believe we are playing against them first tomorrow, so we will see how it goes. Then we have TYLOO and Grayhound, Asia and Australia. I believe TYLOO are playing with a different style recently, they are playing a lot against European teams and have improved a lot, and one of the favorite teams to win the tournament in my opinion.

CSGO2ASIA: And lastly, before we end it off, do you have anything you want to say to the Middle Eastern scene?

breAker: I would say to our region to take the game more seriously, to make teams, and not to change lineup after every tournament. Most teams never stay together, every time they lose they blame each other. This is the problem. They don’t go to watch demos, find their mistakes, and fix it.

CSGO2ASIA: Okay, cool! Is there something short you’d like to say to your local fans?

HavoK: “Eclipse is a great team”