DubsteP – “It’s still too early to give up” 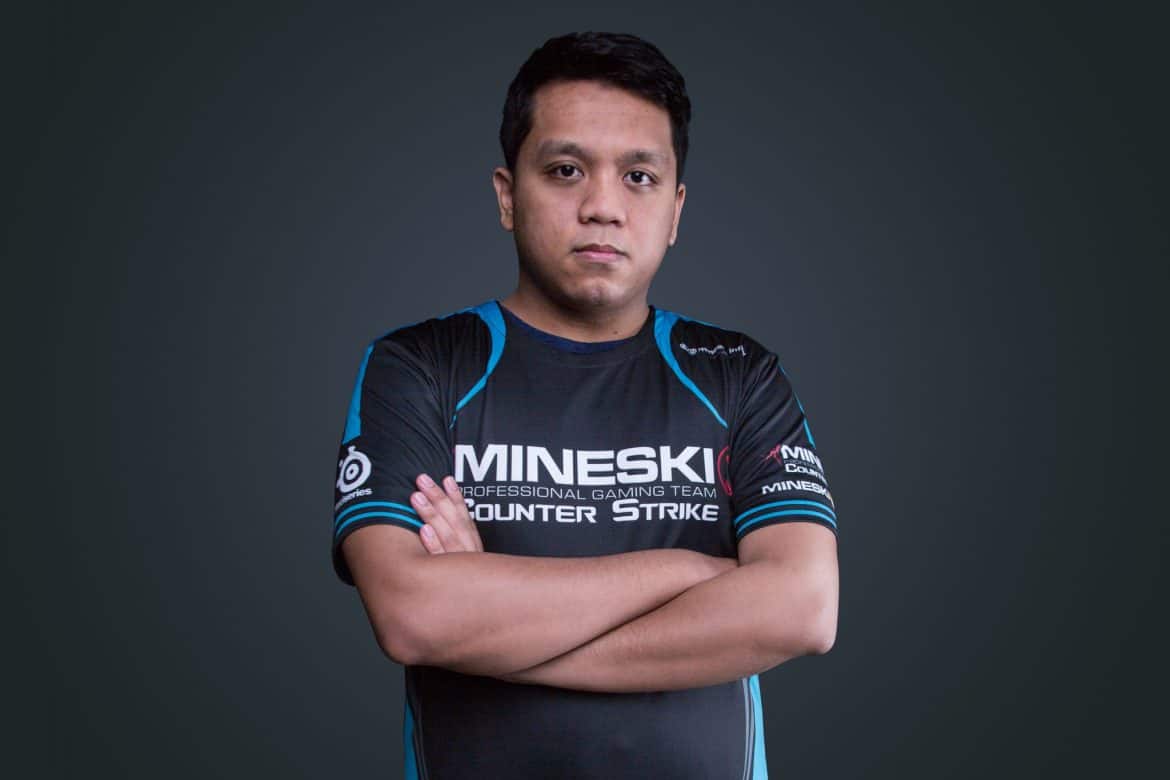 We sit down with Jayvee ‘DubsteP’ Paguirigan and talk about Philippine CS:GO and his recent exit from Mineski

CSGO2ASIA: Hey DubsteP, thanks for taking the time to speak with us today. Some of our readers may not be familiar with your story. Give us a quick walkthrough of your CS career to date and how you got to be playing on the best CS:GO team in the Philippines?

DubsteP: I actually started playing CS:GO because of trading items in DotA 2 (because I was planning to go pro in DotA 2). I got CS:GO from trading and I decided to try the game as a stress-reliever from playing too much DotA 2. As days passed, I continued to like CS:GO a lot more than DotA 2, so I began playing it seriously but not yet competitively. I just wanted to improve and be good at the game, since my dream of being a top DotA 2 player wasn’t happening. With a stroke of luck, I met this guy Mark “aimix” Dela Cruz, it was really a case of the perfect place at the perfect time, I am ever grateful. I realized I really wanted to go pro in CS:GO, but I couldn’t stay playing at home forever, so I needed a job to support myself financially. I worked at IBM (as a software developer) while being offered to play for Mineski. It was really a tough decision to choose to play and work at the same time because I obviously lost time for my team and was really exhausted, but I’m really glad Mineski cooperated with me in terms of financial needs, and eventually I decided to go full-time with the team. I also couldn’t have done it without the support from my ex-teammates; Dom “Hannibal” Fajardo, Kevin “dispenser” Te, Ryan “BabyBoy” Crisostomo, Stephen “Getziimov” Doron, James Carter “Retrac” Ang and Ronard “gii.” Tecson. I have to say thanks to them for being understandable with my situation in the early days, and I’m proud to say that they were the best teammates I’ve had so far.

While you were with Mineski, your team was marked as the top CS:GO team in the Philippines. How do you think you guys achieved this success, while the competition always seemed so far ahead?

I think we achieved success starting from our individuality, all of us had the drive to improve and be the best team in the region in the game. We also followed it up with good comradery so that we were able to solve internal problems really efficiently and we could focus on the important parts as teammates and as brothers. I think the main reason why we were always the best locally was that we never stopped acknowledging we were the best in the Philippines. We just continued to set our goals straight on being the best since day one, and even aiming to be the best in the Asian Region (including China). On the other hand, we felt far behind because we never got used to playing on LAN; all we have in the Philippines are online tournaments.

Tell us more about the CS:GO scene like in the Philippines? We know that your country is huge on esports, but why do you feel CS:GO has taken a back seat to games like DotA 2?

The Philippine scene has always had a commitment issue because there weren’t organizations that would fully support a PH CS:GO team and there were fewer believers in the game. Overall, in the Philippines, or rather I should say in Asia, we don’t have the same mentality or the same support as North America and Europe has regarding esports. But I’m glad there’s been an improvement now. We shall see if the closest competition will still be far behind. I’m looking forward to seeing how Philippines CS will improve with all these organizations supporting and believing in the game right now. I mean DotA 2 has been in the Philippine scene for a very long time and if CS:GO was given the same support as DotA 2 in the country, it would greatly help CS:GO players level their heads in the game.

Who are some top players on the rise in the Philippines at the moment?

I’ve kept my eyes on players like Johnty “JA” Arone, Karlo “KarlCLT” Ocampo, Riley “Witz” Go, Deko “Papi Chulo” Evangelista and Gaveriel “gab” Lichauco. These are the players I see the most potential in raising the PH scene. Also, a special mention for our Filipino “JinNy”, Kyung In “Tr1cks” Lee who is also one of the players I think will rise soon!

Besides Mineski, are there any other teams that we should keep our eye on?

As far as I know, there’s ArkAngel and TNC Pro Team to watch in the future. They have the proper resources and the players to be able to make it to the top and I personally believe in both teams.

How is the support from esports organizations and tournament organizers in general?

In general, all the support from the organizations and tournament organizers are fine, especially in DotA 2. That is why the Philippines has hosted some of the biggest DotA 2 tournaments as well. Also, I would like to give credit to Havoc Gaming Servers, PlayOnWASD and Mineski Events Team for giving their full efforts to help the PH CS:GO scene and the players not just by hosting tournaments but also for being an example of what a proper tournament organizer should be.

Before you left Mineski, there was clearly some problems within the team that was not generating the results you wanted. Can you walk us through some of those issues?

There were issues regarding the team’s objectives and the organizer’s objectives. I would say it wasn’t aligned and we were not on the same page as time passed. Also, take into account that it was the worst time to have an issue at all. There were some conflicts like not being able to practice comfortably because of gaming house matters. Despite this, I have no hard feelings for Mineski, it was just a tough situation, and they did their best to accommodate us wherever they could.

What were your expectations for 2017, and do you think you guys met them?

We were expecting to be consistent top 4 in South East Asia by the end of 2017. Unfortunately, we couldn’t meet the expectations of the team for 2017 but we were happy with some of the results we had. We always cut close to most of our important matches in the year and we strongly believed we were capable of improving every time.

Where do you think CS:GO is going to take you next? What are your plans for the future?

We never know where will CS:GO take me but I’m willing to continue this career and I’m looking forward to other opportunities as well! I feel it’s still too early to give up, and I will always believe in what lies ahead. As for myself and the team I’m gonna be with if the time comes.

Bobosaur – “We’ve struggled a lot with...