With the fourth eXTREMESLAND CS:GO Festival stop of 2020 kicking off on Friday, CSGO2ASIA.com has prepared a viewer’s guide containing a comprehensive outline of the South Asian competition.

The eXTREMESLAND CS:GO Festival 2020 South Asia playoffs will take place on January 29-31, featuring eight contestants duking it out for US$1,500 in prize money. This will be the fourth stop of this year for eXTREMESLAND following the end of Oceania, Southeast Asia, and East Asia playoffs.

The event will feature four invited teams, known as some of the best teams in the region, consisting of 2ez Gaming, BL4ZE Esports, Reckoning Esports, and Wicked Gaming. Meanwhile, the open qualifier process had been an enormous success in the region, attracting a total of 83 teams to take part in the annual eXTREMESLAND event. Among the qualified participants are VIBE and Headshot Esports, who are additionally participating at ESEA Season 36 Open APAC.

The participants can be found below:

The tournament will feature a best-of-three (BO3) single-elimination format for the entire playoff matches. Matches will kick off on Friday, December 29, and will culminate with a grand final on Sunday, December 31 at 14.30.

Following is the full schedule for the three days of play, all times are displayed in SGT (UTC +8):

CSGO2ASIA.com will publish the match information via the new match ticker feature.

The on-air talent for the South Asian event will be headed by Jordan “Elfishguy” Mays, joined by two Australian commentator duos, with the addition of Mitch “Conky” Concanen back to the desk after he was absent from the Southeast Asia and East Asia playoffs.

The full on-air crew for eXTREMESLAND CS:GO Festival 2020 South Asia can be found below:

Concluding the guide is the prize pool for eXTREMESLAND CS:GO Festival 2020 South Asia, which will be distributed in the following way: 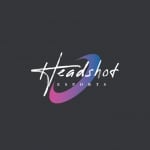 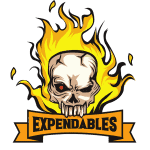