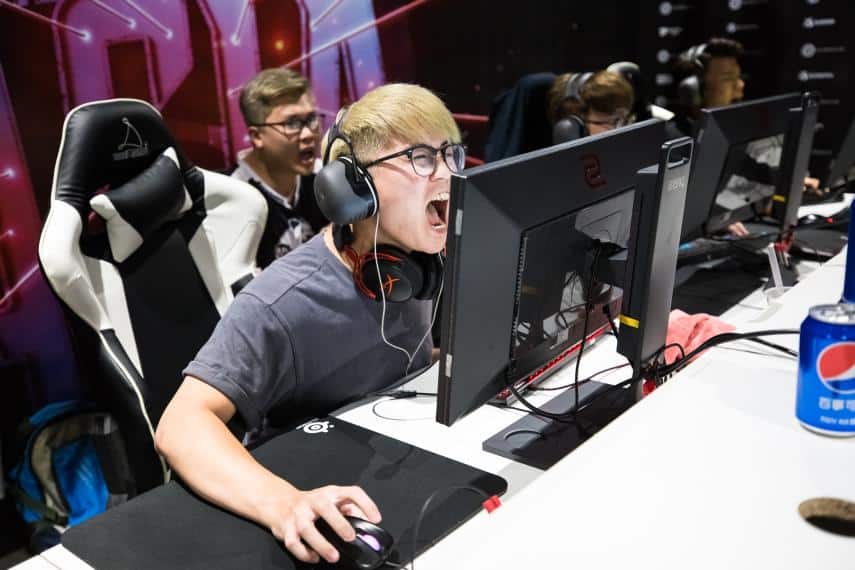 With our first-ever tournament coming to a close, GMCC- defeats BLAST, winning 2-1 in the CSGO2ASIA Grassroots Cup 1.

With an overwhelming 32 teams signing up for CSGO2ASIA Grassroots Cup 1, the support for our first tournament has been amazing as the sign-ups were full after a day. It was also great to see so many of you in the Twitch chat cheering the teams on!

Round 1 saw a few hiccups here and there. Fortunately, with our admin team on standby, we managed to resolve issues quickly and get the matches going as soon as possible! Other than that, round 1 was fairly uneventful with most matches going as expected.

Round 2, on the other hand, saw some big upsets with the top three seeds getting knocked out early on. Vindicta lost out to Neungsonsgam in an intense game. See Vindicta’s reaction to forcing it to overtime! However, the Thais from Neungsongsam held out in overtime, beating the Singaporean stream team 19-17. In a similarly close game, the Mongolians from D13 fell short in their matchup against BLAST. Unfortunately, Goodfellas had to forfeit their game due to routing issues, marking the end of the first day.

Day 2 kicked off with the quarter-final matches. We once again had some tight games, with Regulus eliminating GMCC in a nail-biting 16-14. The quarter-finals went smoothly, quickly progressing on to the semi-finals. The semi-final matchups featured some familiar faces, and were as follows:

The first semi-final started on Nuke, pitting Cong ‘crazyguy‘ Anh Ngo and the Singaporeans from GMCC- against the Mongolians of w2c. The first half saw GMCC- starting on the CT side, expectedly taking the upper hand with an 11-4 half. The Mongolian side pulled back a few rounds on their CT side, but couldn’t achieve the same success as GMCC- eventually rounding the map out 16-9 in favor of GMCC-.

The second map, Mirage, was much more back and forth. GMCC- had built up an 11-8 lead, when w2c started to string together some rounds. However, just when it seemed like w2c was building some momentum, Cong ‘crazyguy‘ Anh Ngo shut them down with a crazy ace clutch. Not much later, Malcolm ‘Germ‘ Chung clutched out another round with an ace of his own. From there GMCC- managed to close the map out 16-11, and the series 2-0.

Funnily enough, the second semi-final was played out on the same maps, starting on Mirage. It seemed as if Regulus never got into their swing on Mirage, even though it was their map pick. Clearly BLAST’s firepower was too much to handle. Both Muhammad “r3flex” Aiman Hakim and Abigal “kohaibi” Kong, who we spoke with at ZOWIE DIVINA, dropping 20 frags, with the rest of the team close behind. BLAST took Mirage fairly easily with a score of 16-5.

Nuke saw more competition from Regulus. However, it still wasn’t enough to get the edge over BLAST. The mix of Southeast Asian players was too strong for the Singaporean lineup, with BLAST winning Nuke 16-11 and moving on to face GMCC- in the final.

The first map of the series was the most competitive. The two teams traded rounds back-and-forth. The first half went 8-7 in favor of BLAST, but in the second pistol round Jun ‘LEXY‘ Hao Xavier hit some nice USP shots to get the ball rolling for the Singaporeans. With the momentum on their side, GMCC- took the lead going into the second map of the series, winning Overpass 16-10.

Inferno was a much more one-sided affair, with BLAST really kicking into gear. BLAST looked confident, closing the first half out 13-2. While there were glimmers of hope for GMCC- in the second half, it was too little too late. BLAST closed out the map 16-5, forcing the series to the third map.

Coming from Inferno, BLAST would have been looking to complete the reverse sweep. However, Mirage looked bleak for them. From the get-go Cong ‘crazyguy‘ Anh Ngo and co were hitting their shots, taking a comfortable lead early on. BLAST never managed to pull themselves back into the game, struggling while Jun ‘LEXY‘ Hao Xavier hit them with multi-kills left and right. With his three quick one-taps in the second pistol round, GMCC- would return the favor winning the map 16-5 and with it be crowned champions of the first CSGO2ASIA Grassroots Cup!

The final standings for CSGO2ASIA Grassroots Cup 1 are as follows:

Once again, a big thank you to all the participants and those who supported the tournament! Especially those supporting the teams in the Twitch chat. The tournament was a pleasure for us to organize and we hope to do many more in the future. Keep an eye on our social media for news of the next one!