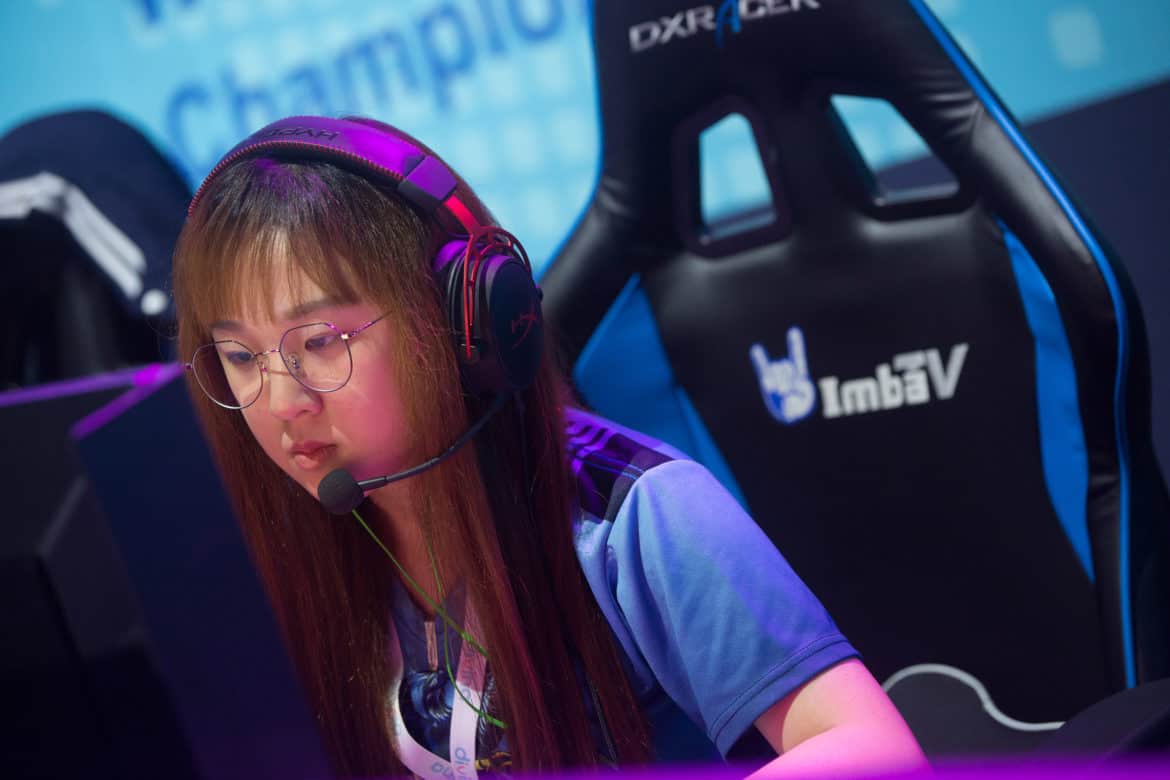 Singaporean player Abigail “Kohaibi” Kong gave us her input on the tournament so far, her lack of motivation to pursue professional CS and the challenges faced by females right now.

CSGO2ASIA: So, tell us a little about your background in CS and how you got started? How long have you been with this line-up?

Kohaibi: Well, I started playing CS:GO about four years ago when a friend gifted me an account. From there, I just kept playing and got enjoying the game. The competitive side started when some male players asked me to join them in tournaments and from there I just got better. We formed the team last year under asterisk*, but I actually left the team earlier this year because we had some internal issues. About a month ago the girls asked me to join them for this event because they couldn’t find any other player to fill the spot, so I decided to give it a go. Honestly speaking though, I feel I’m losing my interest to play CS:GO.

CSGO2ASIA: Oh really? Do you think coming here has sort of re-ignited that interest for you a little?

Kohaibi: I don’t know, not really. I think there are better players than me out there, especially the Chinese players. For example Hazel from 7PM.fe, I look up to her. Normally I don’t find myself looking up to other players because I have the thought that everyone has their flaws, but here I am finding myself looking up to some of the players.

CSGO2ASIA: Your team was one of the invited teams, and respectfully, your accolades warrant the invite. Did you feel the pressure to perform and represent Singapore coming here?

Kohaibi: Yes, I feel like we have to make it to Spain somehow. We have to try our hardest. This tournament doesn’t have a prize pool so the prize here is making it to Spain. We will do our best.

CSGO2ASIA: The start of the tournament was a bit shaky for your team, but you managed to make to the playoffs. How do you feel right now?

Kohaibi: I feel pretty good. I guess you could say we sort of have the hard route in the tournament so far, having only faced the two Chinese teams until today, so I’m pretty happy with that achievement.

CSGO2ASIA: Whatever happens today, you still have a chance at qualifying tomorrow because of the double-elimination format. How has the team been preparing while here and before coming to Shanghai?

Kohaibi: Before coming to Shanghai we practiced for about two weeks. We had to squeeze it into our schedules because all of us either have work or school so it was tough to find the time. Here in Shanghai, after losing to 7PM.fe we were quite demotivated. But I told the girls that we should just keep practicing because we have the time and the practice rooms are there for us from 10 am – 10 pm every day.

CSGO2ASIA: What is your opinion of the teams here at ZOWIE DIVINA, do you think they are the accurate representation of the best female Asian teams right now?

Kohaibi: I believe that 7PM.fe is the best team here. Some of the teams here are also good enough, but the Chinese are still far ahead.  The Mongolian team (XOP) got an invite to the tournament because they lack the opportunities, but I think they still have a way to go before they are ready.

CSGO2ASIA: As a woman in Esports, tell us some of the challenges you face playing CS if at all?

CSGO2ASIA: What is the female Singapore scene like right now for CS:GO, in your opinion?

Kohaibi: Uh, we kind of don’t really have a scene. This is the only female team in Singapore. There are of course other players but none of them really play seriously.

CSGO2ASIA: We haven’t had a chance to play CS since the new AUG update (nerf). Has it really impacted the game, do you think? Or is it still too early to tell?

Kohaibi: I’m pretty sure a lot of players aren’t as good with the AUG as they were anymore. It was one of the weapons that people quickly switched to when they updated it the first time. I wasn’t using it myself until much later, so I didn’t get so used to it. When they announced the recent update I just immediately switched back to the M4.

CSGO2ASIA: Ok cool. Finally, what has been your favorite part of the tournament so far?

Kohaibi: The hotel rooms are amazing! I feel that it’s a really good tournament overall. We’re all really happy about it really, we’ve been given everything that we need and it’s been really smooth all the way. We’re really grateful for the opportunity that DIVINA has provided.

READ HERE: Jennyyy + Foxyyy – “We’ve only been playing CS:GO for about a year”