Jennyyy + Foxyyy – “We’ve only been playing CS:GO for about a year” 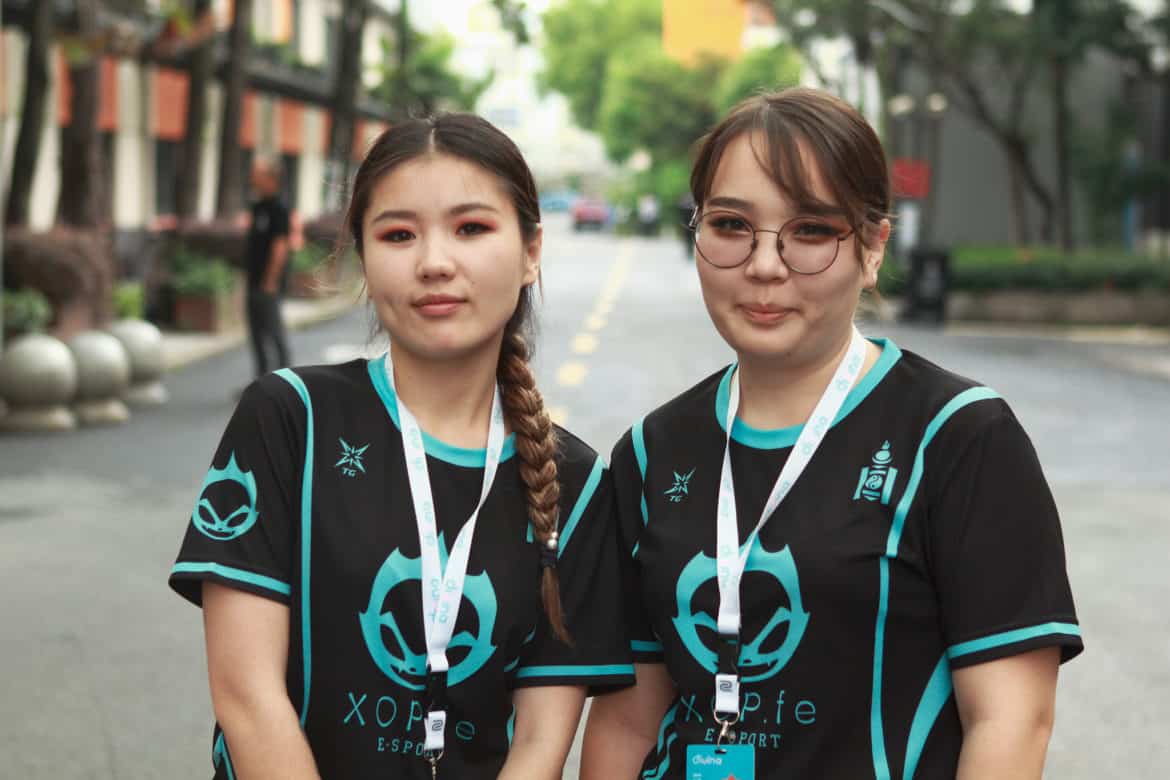 We had a chat with Mongolian players Gandolgor “Jennyyy” Amar and Khasbaatar “Foxyyy” Yesungoo from XOP here at the ZOWIE DIVINA Women’s Asia CS:GO Championship. The ladies touched on the great opportunity, their experience in CS:GO and what they’ve enjoyed most so far.

CSGO2ASIA: For our readers that don’t know who you are, tell us a little bit about your background and how you got into CS:GO? How long have you been playing the game?

Foxyyy: I started watching Cloud9 from around 2017 and I really loved it. I’ve only been playing CS:GO for about one year.

Jennyyy: I played CS 1.6 before, but mainly just for fun. I started playing CS:GO competitively about 1 and a half years ago.

CSGO2ASIA: We learned from your coach, Stormrage, that XOP was formed right before this event. Have you played with your teammates before under any other team?

Jennyyy: Yeah, I played with some of the girls here under the team ‘anticlockwiSe’ in 2018. We made it to the WESG APAC Finals: Female. There I played with Ice and Nanny so we have some experience together. That was the last big LAN event we played though. After WESG we did not under any team, just PUGs and stuff, playing for fun. There aren’t many tournaments so there was nothing to really play for.

Foxyyy: No, I’m the newest member of the team. As you know, I’ve only been playing for one year, haha.

CSGO2ASIA: We know that Mongolian gamers love CS:GO. In your opinion, why do you think CS:GO is so popular over other games there (Dota2, League of Legends etc)?

Foxyyy: It’s one of the best ways to enjoy your free time. It requires teamwork, communication and it’s fun to play! I think CS is easier to learn than games like Dota2, at least for me I feel it’s easier for a new player to pick up CS. Maybe that’s why in Mongolia it’s popular, I don’t know.

Jennyyy: Yeah, I agree. I feel that games like Dota or League of Legends are much harder for beginners.

CSGO2ASIA: Have you practiced or scrimmed against any of the teams here before?

Foxyyy: No, unfortunately, we have never got the chance. The first time we played against any of these teams was when we arrived here in Shanghai.

CSGO2ASIA: We understand this was your team’s first International LAN event with this line-up. How did you prepare before arriving in Shanghai?

Jennyyy: We basically practiced for about two weeks. We would just go to the local LAN cafe and play from there together. Sometimes other male teams are also there at the LAN center so we can practice a bit on a LAN environment, but other times we just played with other Mongolian teams online. It was just a combination of talking about strategy, some dry runs and playing lots of practice games.

CSGO2ASIA: On day one, your team had some really close games, with two maps going to 16-14. What do you think happened which denied you the win?

Foxyyy: I think for me it was definitely just being nervous. This is my first big LAN event and I think I just panicked a little. Every time something went wrong it really affected me, so I know how this feels now.

Jennyyy: Yes, it was the same for me. We were really close but when things did not go to our plan we didn’t really know what to do. It’s really just lack of experience I think, the last LAN event I played like this was more than a year ago and it’s obviously very different from playing online.

CSGO2ASIA: Who are some of your favorite players to watch, in Asia or globally?

Foxyyy: I was a fan of Cloud9, so I got into CS:GO because of Shroud. Of course, now he doesn’t play for any team, but I still love to watch his streams. Right now I enjoy watching screaM.

Jennyyy: I’ve always been a fan of Get_right, even back in the CS 1.6 days. I am definitely a NiP fan.

CSGO2ASIA: How does it feel to play here at ZOWIE DIVINA? What has been your favorite part of the tournament so far?

Foxyyy: To be honest everything here is great, from the venue to the practice rooms. The whole tournament has been smooth and very professional and I feel really lucky to be here.

Jennyyy: Yes, I agree with Foxyyy, there really isn’t anything to complain about. We love the practice rooms especially the ZOWIE Zone, it’s really cool. I am happy we got this opportunity to play at such a competition.