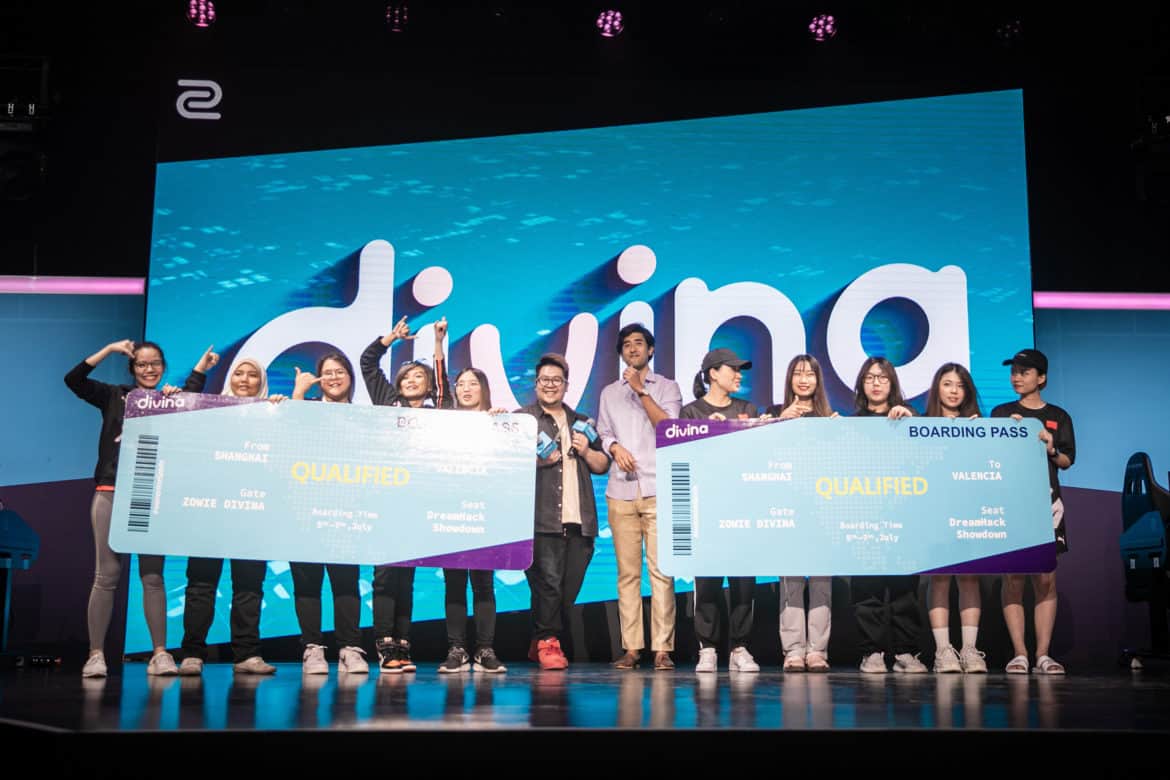 As the dust settles at the ZOWIE DIVINA Women’s Asia CS:GO Championship here in Shanghai, the two representatives for Asia at the Dreamhack Showdown have been determined.

The action began on Thursday, June 20th, and saw eight female teams from around Asia compete in a swiss BO3 group stage. The tournament will determine the four playoff teams and for slots and the Dreamhack Showdown

Strong contenders such as China’s 7PM.fe and Singapore’s Phoenix were quick to show why they deserved to be at the Shanghai event. The eight teams compromised of four invited and four qualified teams. The playoff spots going the way of 7PM.fe, Phoenix, Orange.Sphynx and Celesté.

A summary of the group stage games can be seen below:

After a grueling series in the playoff-opening game, 7PM.fe secured the first spot to Valencia winning 2-1. Phoenix was sent to the lower bracket. Indonesia’s Celesté was up next, facing Malaysia’s Orange.Sphynx. Things didn’t go as planned for the Indonesian squad. After losing the first map (Vertigo, 19-22) in double overtime, the Malaysian’s ran away with Dust2 and secured their rematch with the Singaporeans.

With barely any time in between the two games, Orange.Sphynx had to muster all their energy to take on the girls from Singapore. The Malaysians dominated their first map pick, Dust2, and took the map 16-9. On Mirage, Orange.Sphynx once again showed why their CT side is one of the strongest among the teams attending. With the momentum from their previous win, they secured the final spot to Valencia beating Phoenix 16-13.

With the conclusion of the final game, both 7PM.fe, and Orange.Sphynx will represent Asia at the DreamHack Showdown 2019 in Valencia.

FrostFire Acquire ‘bali’ as their Coach