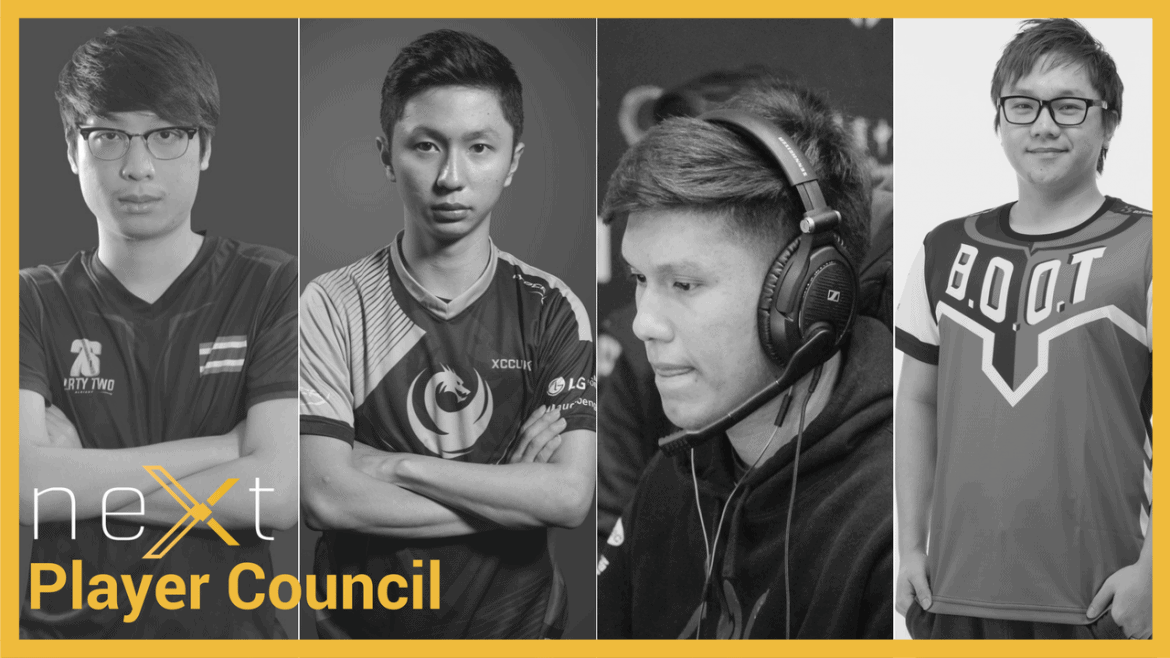 With the official launch of SoStronk Next happening today, CSGO2ASIA is proud to present another one of our contributions in the on-going partnership with SoStronk: The Next Player Council.

As the first of it’s kind in Asia, SoStronk Next presents many opportunities for aspiring CS:GO players here, as well as it’s own set of unique challenges. The great span of the Asian region means that coordinating efforts between the sub-regions is a difficult task; and that is why SoStronk approached us to help with this effort.

While there are many talented individuals in our region, the selection of the player council was based on more than just talent and popularity alone. While having a familiar face is important, we sought out to choose representatives we believed possessed a level of maturity and knowledge of the region, together with demonstrated leadership experience.

As such, today we are proud to announce the following four players who will begin the journey of ‘Next’ as the founding player council members:

While the existence of a player council has drawn controversy elsewhere, we still believe it is necessary for the continued development and execution of a successful league such as ‘Next.’

For season one, the player council will be carefully guided by members of the SoStronk team (bleh, Aequitas) and myself, until a formalized structure of players has been established and is self-sustainable.

In brief, the responsibilities of the council include, but are not limited to, the following:

SoStronk Next is an exclusive monthly PUG league for the best players in Asia. The players will only solo Q, and will play only against each other to see who can top the ‘Next’ leaderboard by the end of the month.

The leaderboard is decided by the player’s Impact Rating (IR) . Only the top 30 PUGs that a player plays (where the highest IR) will be taken into account. For example: If a player plays 100 PUGs in a month, we will consider his top 30 Impact Ratings in those 100 PUGs and take the average. This average IR of his top 30 PUGs will determine his position in the leaderboard.

A player has to play a minimum of 30 PUGs in a month to be eligible for the ‘Next’ leaderboard.

With that, CSGO2ASIA would like to take a moment to wish the player council and all invited players to Next a happy season one. GLHF!