After the completion of the online eight-team league in April, the offline playoffs of the ZEN League Season 1 took place at ESL Australia’s studio in Sydney this past weekend.

Featuring two Australian teams in the form of Dark Sided and Team Immunity, and Asian conference champions Recca Esports & MVP PK, it was anyone’s guess who would make it to the finals. Immunity attended with former Vox Eminor player, Chris “cozeh” Cossyvas as a stand-in, while Recca Esports was back with a full Indonesian line-up featuring Hansel “BnTeT” Ferdinand, competing in his last event alongside his fellow countrymen.

The first matchup saw Team Immunity face off against MVP PK. Immunity, who were fresh off a 3rd place finish at the recent PGL Asia Minor in Beijing, were looking to get an early lead in the playoffs. However, the Koreans didn’t make it easy for the Australians, only just beating them 16–13 (Inferno) & 16–14 (Nuke) and moving on to the upper bracket finals.

The other side of the semi-finals saw Recca face off against the up-and-coming Australian team, Dark Sided. However, with BnTeT in full beast mode, the series proved to be extremely one-sided with the Australians only stealing 10 rounds from Recca. It was now an Asian upper bracket final with an all Aussie lower bracket final.

The pendulum swung both ways for Immunity and Dark Sided, with both teams managing to wreck each other on their own map picks. At the end of the day, it was Immunity who prevailed, knocking Dark Sided out of the tournament and ready to face MVP PK in the consolidation final.

Unfortunately, for Australian fans, it wasn’t meant to be. MVP PK proved why they deserved to qualify for the playoffs by beating Immunity on their own map pick, Nuke. After losing the first half 7–8, solo and co dominated Immunity on the T-side to finish the map 16–11, leaving Immunity with yet another third place finish.

It was time for Recca and MVP.PK to meet again, but this time, in the finals. 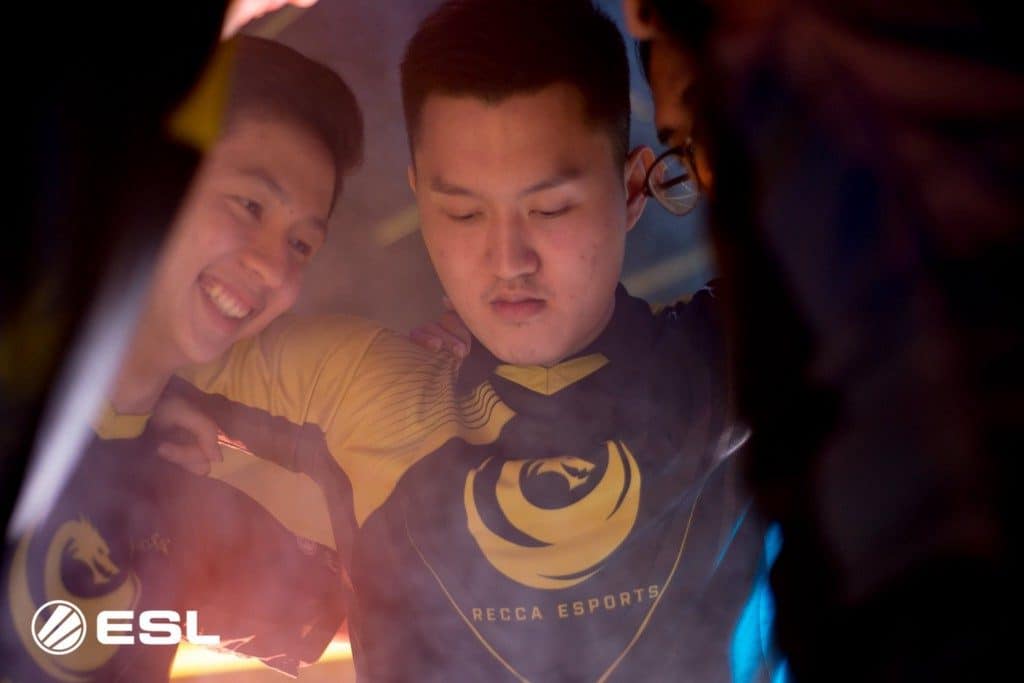 xccurate knows something we don’t | Photo courtesy of ESL Australia

Learning from their loss in the upper bracket finals, the Koreans showed Recca why Inferno was truly their map of choice, crushing the Indonesians 16–3 to take the lead. Although down in scoreline, the Indonesians were not down in spirits. With players like Baskoro ‘roseau’ Dwi Putra and Kevin ‘xccurate’ Susanto showing up together with BnTeT, the total firepower alone proved to be too much for team ‘termi’ and ‘peri’ to handle. Ultimately, after gaining momentum from their early leads in both halves, the Indonesians stole the show to win their first ever International LAN, ZEN League Season 1.

A summary of the results are as follows: