erkaSt – “I’m just trying to focus on what I have right now and to be happy with it.” 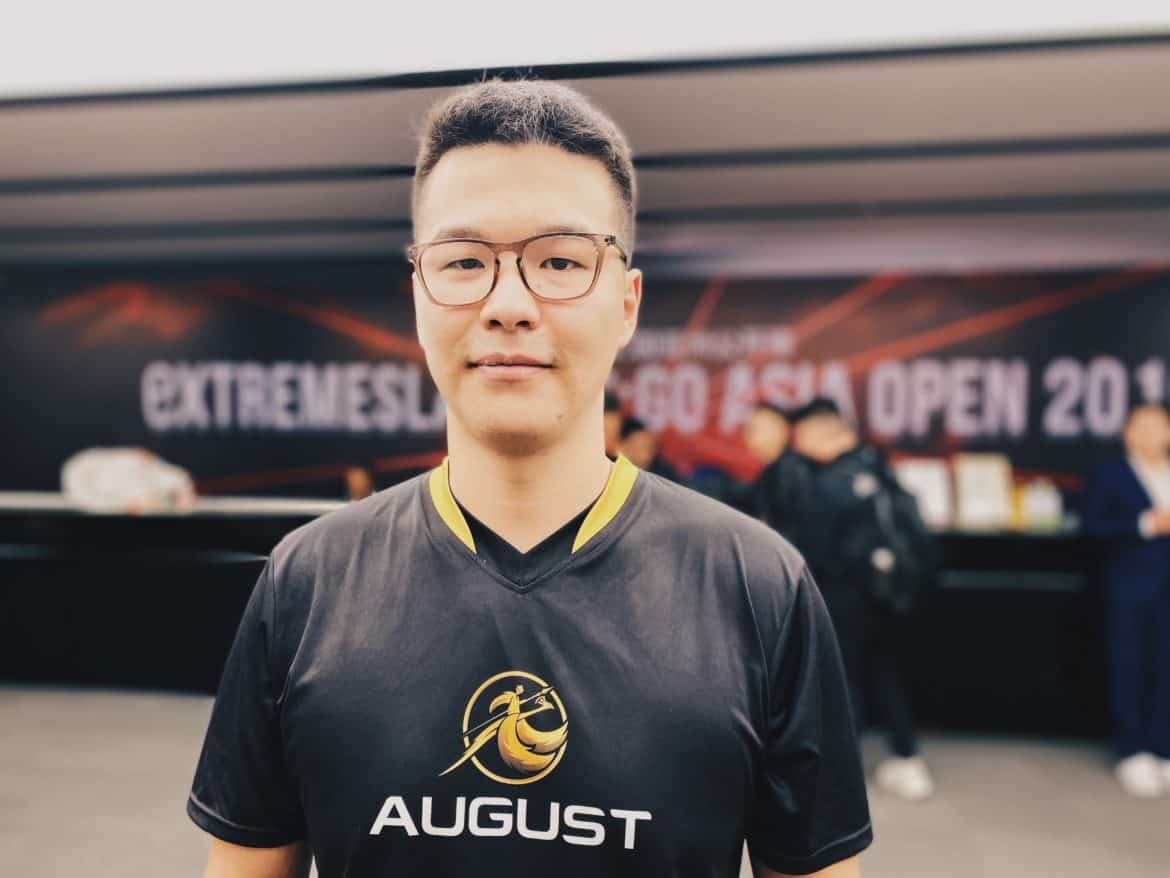 On day two of the ZOWIE eXTREMESLAND 2019 Asia Finals, we caught up with former Grayhound player, Erdenetsogt ‘erkaSt’ Gantulga. We discussed his transition from competing at the upper echelons of the Australian scene to returning to Mongolia, adapting to the lifestyle in China and this new team’s progress.

CSGO2ASIA: Walk us through how the AUGUST roster was formed. From the outside, a lot of our readers see this roster as an all-star Mongolian lineup with the potential to bring new heights to the scene. Is that what you had in mind?

erkaSt: The way we formed the lineup was through discussing it with each other, especially between me, dobu and kabal, during events that we met up at.

I knew that a time would come for me to say goodbye to Grayhound, so we talked to each other just in case, to have a backup. If they were finished with 5POWER, and whether we were interested in creating an all-Mongolian roster. We knew our local fans would be excited to hear that, so we decided to give it a try. Then the time arrived, and it also was at the same time that their [dobu & kabal] contract with 5POWER expired so I guess it just happened after that.

Concerning the statement on the Mongolian “all-star roster”, we tried not to let that idea concern us so much. At the end of the day, if you’re going to compete on the international stage then I feel the whole “all-star” thing just adds to the pressure.

CSGO2ASIA: How has the transition been from playing for a top Australian team, to now playing with your fellow countrymen, affected you personally?

erkaSt: Well obviously we still have a lot of stuff to learn. But basically, I see our team now the same way I saw it with Grayhound. I’ve tried to bring in a lot of what I learned from playing with them, to this team. And I think, two years with Grayhound taught me so much. So for me personally it’s just like I know what we should be focusing more on, what we should be practicing more, and what I should be doing too.

CSGO2ASIA: Is there ever a feeling of “unfinished business” you have knowing that you were forced back to Mongolia because of visa issues?

erkaSt: I used to think a lot about that back around May/June of this year, but you know, now I just accept that I am here. It’s just out of my control these kinds of things. I’m just trying to focus on what I have right now and to be happy with it. Of course, they’re all my really good friends and I just miss them all a lot, and Australia. I miss the lifestyle I had there, but yeah, that’s it.

CSGO2ASIA: Yeah, well, if it’s worth anything we were just with Grayhound in Jakarta recently for the OMEN Challenger Series 2019, and they really miss you too.

CSGO2ASIA: And what about the decision to move to China. If you may comment, how did that opportunity manifest itself?

erkaSt: Well, in Mongolia it’s really tough to find the level of support we need. There isn’t any sort of esports association or even an organization that can support us as other Asian teams have. But dobu and kabal have spent a lot of time in China, and through that, they’ve made a lot of mates. I guess we were lucky that we met some people who were interested to invest in esports, but they don’t have any background in esports at all.

CSGO2ASIA: From your time away from Mongolia, and now returning back to play in China, what are some of the differences you’ve felt within your current teammates? Do you feel like they’ve all grown up or matured in a way that has surprised you at all?

erkaSt: In some ways yes, and in other ways no. You know, they were still playing within the Asian scene. So the way they’ve been thinking is a little more about individual skill, very different from the way I think. For example, if you’re having trouble with a-short, then just learn to deal with a-short, something like that. But what I learned when playing with Grayhound is like, in that situation, just make a setup and learn to play in a more structured way to deal with a problem. Sure, it may be the same old boring way every time but at least you know there is less randomness, you know?

CSGO2ASIA: Yeah. After defeating the Mongolian teams in the ZOWIE eXTREMESLAND qualifier, what advice would you give to the teams based on your valuable experience playing with Grayhound?

erkaSt: The biggest advice I can give is to stop being selfish. If you want to win, you have to control your emotions. Sometimes when you need to kill one and you overextend, where that mistake may cost your team the round. A lot of times people lose because they’re playing selfish, not that they are bad. They will always say that teamwork is helping to flash and smoke for each other. Your mentality should be how to win the game and how to frag. It’s so easy to say, but it’s difficult to change in-game due to people’s habits.

CSGO2ASIA: Looking at your recent results, AUGUST seemed to have a slow start, while on paper, everyone expected you to have quite a strong showing right out of the gates. Steadily, you are clearly improving as you have managed to qualify for two international LAN events (this event, and the Qi Banja Luka 2019). What are some of the big contributing factors for this improvement, do you think?

erkaSt: I think the biggest factor is the way we continuously adapt and improve our game every time we lose a scrim or an official match. We always watch the demos and recordings again to try to find the smallest details. For example, in a scenario where we lose a round, we remember how we communicated in that game, someone would say “you saw this guy, you told me that you didn’t see him”. The truth will come out and sometimes people would respond with “I didn’t have a flash” which contradicts if people re-watched the demo that he did have a flash. This causes conflicting tensions, in which our team is working on trying to resolve these situations where we panic. We are also working on every aspect of our game and improve on a daily basis.

CSGO2ASIA: So it’s like being honest with each other because we’re teammates and there is no point lying and being selfish about it, right?

CSGO2ASIA: What were your main goals coming into this event?

erkaSt: Initially, our main goal was to reach the top four and finish on top of our group. Claiming the top position in our group didn’t happen so we’re the second seed in our group now. I think we will have to play TYLOO because of our placement. We are still confident in reaching the semi-finals. If we beat TYLOO next, our new goal would be reaching the grand final.

CSGO2ASIA: Awesome. What are the upcoming events your fans can look forward to?

erkaSt: After eXTREMESLAND, we will have IEM Katowice open and closed qualifiers. We also have the WESG Mongolia qualifier where if we win, we would qualify for the APAC event too. Lastly, the Qi Banju Luka tournament in Bosnia.

xeta & stax – “We can feel from them [Korean community] that in their heart, they want us to do well.”