xeta & stax – “We can feel from them [Korean community] that in their heart, they want us to do well.” 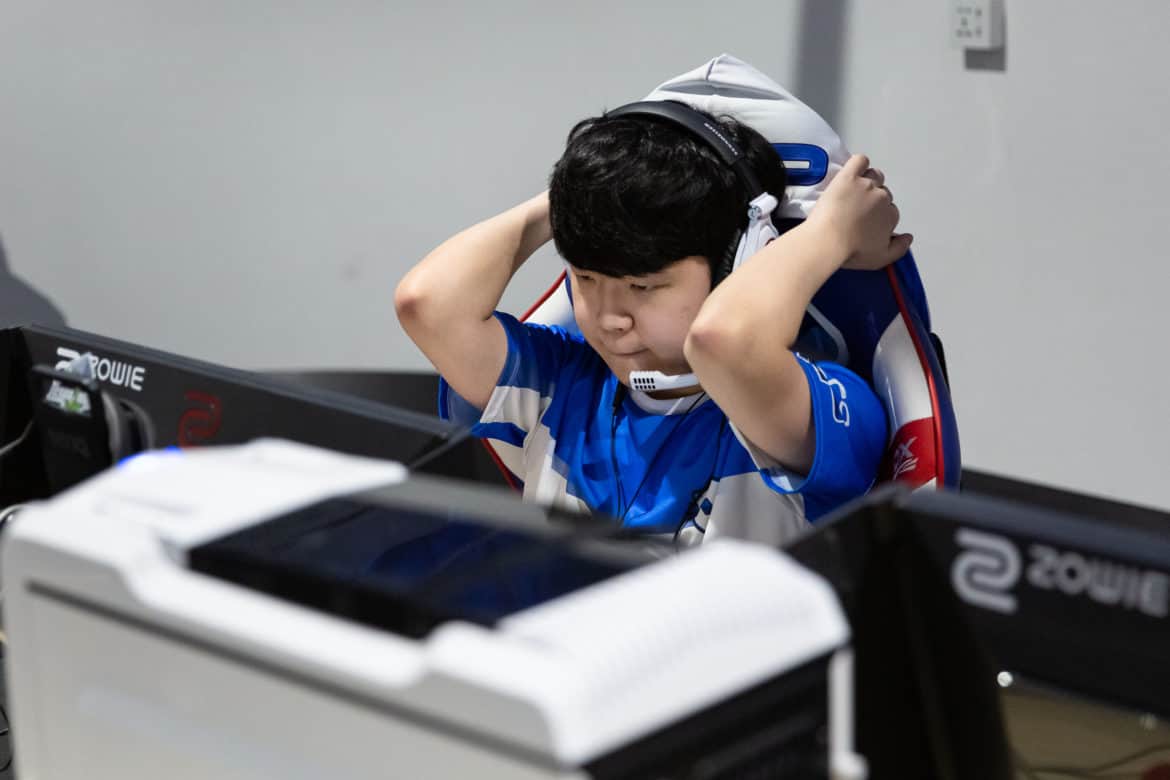 To kick off the first day at the ZOWIE eXTREMESLAND 2019 Asia Finals, we sat down with MVP PK duo, Gu-Taek “stax” Kim and Seon-Ho “xeta” Son. The players touched on their recent roster changes, the Korean scene and their thoughts on the tournament.

CSGO2ASIA: As one of the longer term members of the team, can you tell us about the changes you made two months ago?

Stax: I think our two new players, Seung-won “k1ng” Lee and Sang-Min “Rb” Goo, have had a slow start. They are good players like our former teammates, XigN and HSK. I think they can improve to be better players individually in the future.

CSGO2ASIA: Do you feel like they are now starting to understand the roles in the team?

stax: Yes, they understand their roles better now, but there are situations where they make mistakes that they need to work on.

CSGO2ASIA:  There is very little information on your two new members, Rb and k1ng, so can you tell the readers about their competitive background?

stax: Actually, I don’t know much about them or their competitive experience.

CSGO2ASIA: So how did you decide to recruit them?

stax: So our coach, Seon-Ho “termi” Pyeon, he watched a lot of their demos from 5EWIN pick-up games (PUGs). He analyzed their aim, game sense, ability to use utilities and how to communicate effectively. He tried to look at all aspects of their game while making sure to relay this information to us. After discussing it together, we decided to pick up these two talents.

CSGO2ASIA: So this was the case of termi having to look in a completely new space, rather than at a tried and tested team for players that had raw talent so that he could groom them, correct?

xeta: Definitely, it was a great opportunity to find new upcoming talents in our scene to do it this way.

CSGO2ASIA: Despite losing three of your young players in the form of XigN, HSK, Jinx, how has the split affected the Korean CS:GO scene?

Stax: It’s interesting to see that the split happened because we were originally the best team in Korea. It’s complicated for me to explain in words. There are a few privacy concerns that I would rather not reveal.

CSGO2ASIA: That’s fine. On top of that, do you see the scene improving at all or is it still the same as before?

CSGO2ASIA: What do you think Rb and k1ng can bring to the table versus other players you tried?

xeta: Their mouse sensitivity is so damn high that I never thought that they could hit their shots with this aim. It’s quite surprising to see these kinds of players on our roster. Their pure aim is so great that they just need to gather experience and work on resolving mistakes from competition.

CSGO2ASIA: Looking at your current results with the new roster, it feels that the current MVP PK roster is a shadow of its former glory. What are the key factors that the team is lacking currently?

stax: I think what we are lacking is just experience and more time to improve because they are new young players who are currently relying on their pure aim.

CSGO2ASIA: As the defending champions for this tournament, do you feel that there is pressure to perform this year?

xeta: I will speak on behalf of the team because I won it last year with glow. You should know this team is the youngest lineup we ever had under the MVP organization. Therefore, it’s okay for us to lose. I won’t succumb to pressure or emotional things. If we win, that will be fu**ing awesome for us. We will fight hard in this tournament to defend our championship. Although there are a few individuals in the Korean community criticizing us for our poor performances, we can feel from their heart that they want us to do well. I believe that they will continue to cheer for us.

CSGO2ASIA: So coming off your 19-16 win against AUGUST, this is the second instance where you have defeated the Mongolian side on Inferno in another close affair. The first time was during the Qi Banja Luka Asian online qualifier with a 16-14 scoreline. Can you elaborate on your struggles when they pushed you into overtime?

stax: I think it’s because we know each other’s tendencies and tactics on this map a lot. When we take control of the map and execute a strategy, they know what to do to counter it depending on the situation, which goes for both teams. Thus, it’s always close games between us.

xeta: In other words, stax usually says in-game that this is a “strategy-sniping” match (laughs).

CSGO2ASIA: To wrap it up, which opponents do you expect will make it to the semi-finals at eXTREMESLAND?

xeta: We expect the two Chinese teams, TYLOO and ViCi, Demise and ourselves to reach the top four.

erkaSt – “I’m just trying to focus on what I have right now and to be happy with it.”