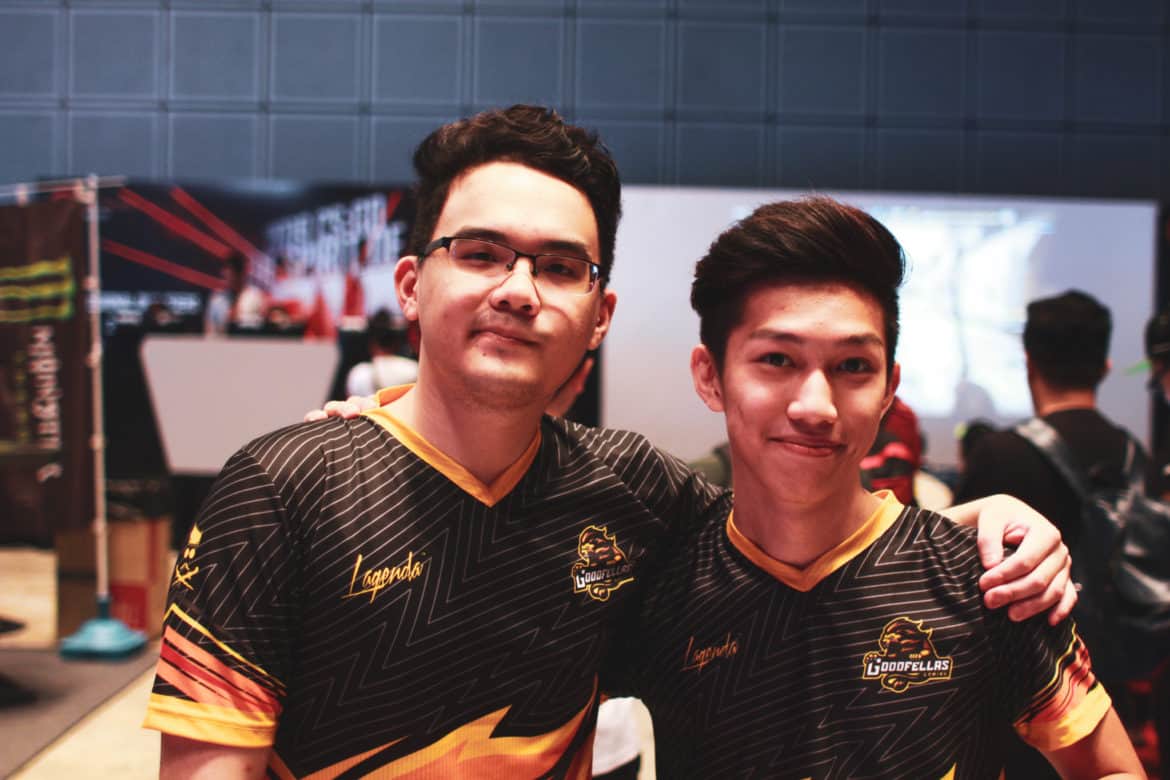 We sat down with players Jian-Thong “mojo” Tao and Simon “SimoN” Tsen Chee Long of Brunei’s GoodFellas Gaming. Losing out at the SEA qualifiers means they will not make it to Shanghai, but the experience they’ve gained here is just as valuable to them.

CSGO2ASIA: What are your backgrounds and how did you first get into competitive CS:GO?

Mojo: I got into CS:GO through my friends. As we kept playing, we noticed that Brunei started to have some CS:GO tournaments so we decided that we might as well try to compete. We didn’t really make it far, but I guess we had some skill so GoodFellas picked us up.

SimoN: I was also introduced to CS:GO by some friends, around 2015. I’ve been playing together with Mojo for around 3 years now. I did play a little bit of CS:Source as well.

CSGO2ASIA: Is GoodFellas the only professional CS:GO team in Brunei?

Mojo: At the moment, yes, I guess you could say we’re the only “professional” team in Brunei. There are other teams, but they’re mostly on and off mix type teams.

CSGO2ASIA: Does your team have a boot camp or gaming house in Brunei?

Mojo: No we don’t, we just play from home and it’s mostly online for our practice.

CSGO2ASIA: What is the overall esports scene like in Brunei? How popular is CS:GO?

Mojo: I would say CS:GO is the most popular esports title in Brunei right now. The overall scene is definitely growing, we just got an esports association established.

CSGO2ASIA: What are other games are popular in Brunei?
Simon: Definitely League of Legends, Dota2, Mobile legends, and PUBG mobile.

CSGO2ASIA: Some of our readers may not know, but your team always seem to just miss out on the opportunity to play a regional LAN like this one.  Tell us how it feels to be here representing Brunei?

Mojo: It feels really great because we’ve never really attended a LAN like this before. And yes, we always fall short during qualifiers because we tend to face such tough teams like BOOT or something during the round of 32, for example, so we never make it far enough. In this case, our toughest opponent during the qualifier was ArkAngel, but we managed to beat them. It’s a satisfying feeling.

SimoN: Yeah, I’m really happy. It’s really cool to be here in Singapore again but not for vacation.

CSGO2ASIA: How did you prepare for this tournament?

Mojo: To be honest we didn’t have much preparation. Most of our players had a lot of personal things to attend to before this tournament so we didn’t really practice. We didn’t really get the time that we wanted to dedicate to practice.

CSGO2ASIA: In your opening match vs Exodus, it was such a tight game that seemed it could’ve been anyone’s map on Nuke. Walk us through a little bit on what was going on in the team’s mind during the match?

Mojo: Our first mistake was that we played too scared. Usually, our first games at LAN are never that great. We were down 2-7 on CT and at that point I just the guys we have to start fighting and not just hold passively. We started to get aggressive and so we managed to bring the first half back to 8-7. On the T side, it turned to a 14-14 score, but there was that one eco round we lost and that was it.

SimoN: Yeah, we were definitely not confident enough. It’s just like that with our first games.

CSGO2ASIA: What do you feel about the level of competition at this event? Who would feel are the toughest teams here?

Mojo: Toughest opponents would definitely be BOOT, followed by BREN Esports. I would put my money on them both getting to Shanghai.

CSGO2ASIA: Your players have been quite active in the Asian Pro League (APL). Tell us a little about the experience in APL and whether you feel it has helped to grow the Asian scene?

Mojo: When the APL first launched we were really excited because we wanted to learn and improve and play with other players outside of Brunei. We used APL as a platform to do that, and I think it’s helped.

SimoN: Yeah, I feel it has helped the scene, especially around SEA because we get to play with all the guys from Singapore, Malaysia etc.

CSGO2ASIA: What are your plans for the near future, which tournaments will you be playing next?

Mojo: What’s next is the OMEN Challenger, because we have one Malaysian player so we can take part in the Malaysia online qualifiers since there is not dedicated Brunei qualifier. After that would be the WESG Brunei qualifiers.