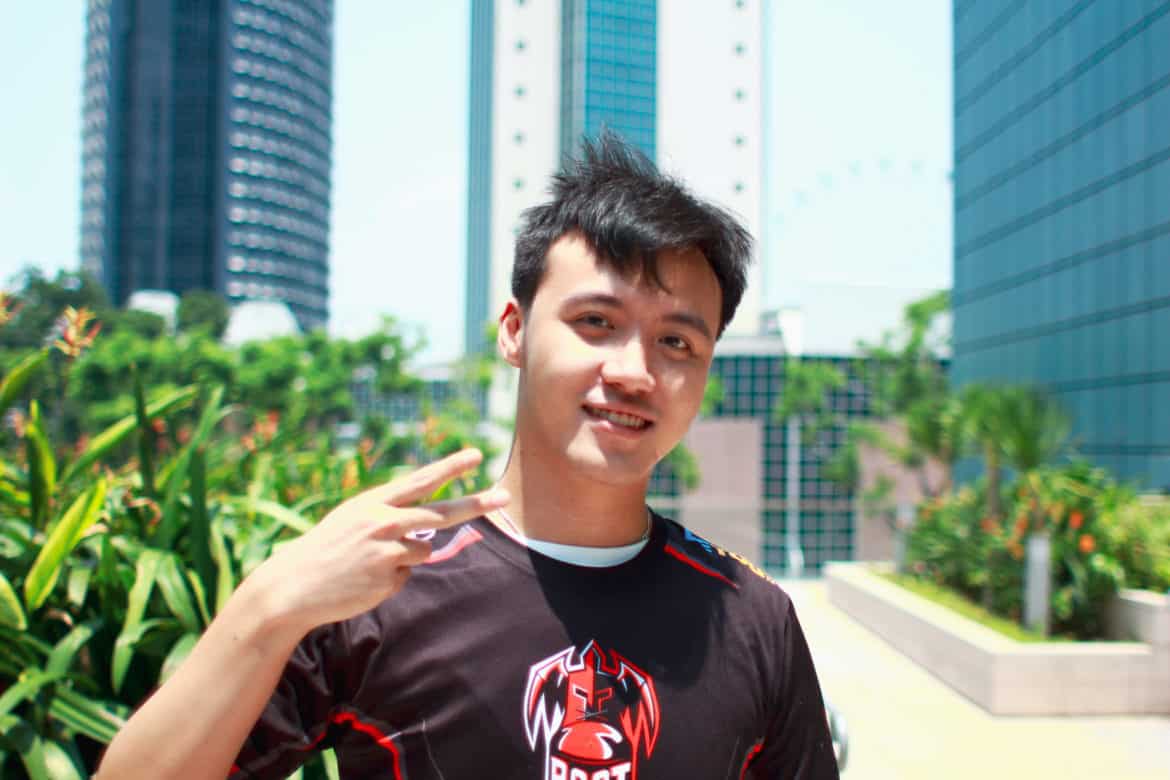 As the second team to qualify for the grand finals of the ZOWIE eXTREMESLAND Asia CS:GO Open 2019, BOOT has secured their fourth trip to Shangai for the annual event. We sat down with Leslie “Bobosaur” Soen and picked his brain on some of the recent changes BOOT has made to strengthen their line-up, playstyle, and mentality.

CSGO2ASIA: How does it feel to be playing a LAN in Singapore again? It’s been some time since we had an important LAN on our home turf, and not just a country qualifier but a regional one.

Bobosaur: It’s always great to have a LAN in Singapore, everything is so convenient. I love it because it’s my home as well and to see all the teams from Singapore here it’s encouraging.

CSGO2ASIA: Yeah, this tournament featured four Singaporean teams. Some of the players are even your ex-teammates. Do you feel like the level of play here in Singapore has improved in recent times?

Bobosaur: A lot the Singapore players have been playing APL and so many of them have started to make friends and form line-ups because of that. I think yes, they’ve improved because of that.

CSGO2ASIA: So BOOTs last major LAN was IEM Sydney 2019 where you fell flat. Most of the tournaments in our region are online-based –  is it hard making that adjustment to become a better LAN team when most of your opportunities are online?

Bobosaur: Well yes, online tournaments are obviously way easier because you’re in the comfort of your own home. Playing on LAN as you know is a totally different environment, so we’ve tried to go to Malaysia and meet up with d4v41. Myself and Alecks have been there, but it’s tough for splashske and Benkai as splashske has school and Benkai is still in the Army, so we do what we can. The great thing though is Ben and Nevin are two of the best players in Asia, so we know we can count on them. If the three of us come up with something during this “mini” boot camp, explaining it to Nevin and Ben isn’t so hard because we know they will easily pick up on the new stuff.

CSGO2ASIA: Cool, got it. So you’ve also recently got a new part-time coach in the form of Prashant “Aequitas” Prabhakar. What were some of the main things that your team was looking for in that coach role, and what has he brought to the table? Is there anything that surprised you?

Bobosaur: For us, the main problem before Aequitas came in was that we struggled a lot with consistency. Also, our CT side was really a mess. Immediately when Aequitas came in he helped us a lot with that, especially on our CT side setups. What surprised us was that, when we played CT side before, we didn’t pay a lot of attention to detail. If we tried something and it didn’t work, even though we thought it would, we would just scrap it. But what he has done is made us realize that the idea may be right, but the finer details were missing. Don’t just change it, try to make it work. So it’s been a process of more refinement that way. This has given us better results.

CSGO2ASIA: So just to clarify then, Harley “dsn” Örwall has no coaching role in the team?

Bobosaur: From time to time he’ll come to the server and show us something new or whatever, give us ideas. He watches a lot of Counter-Strike, so he still contributes whenever he can.

CSGO2ASIA: So with alecks then, his role has moved completely to an IGL? Or is it a more loose style where you have different people calling depending on the situation?

Bobosaur: Generally we give alecks the power to make all the calls. We have complete trust in him and so he does tend to take the lead. But sometimes if Ben has an idea or I have an idea then we will also say stuff. Benkai also calls all the pistol rounds, so I guess you could say it’s a bit loose too.

CSGO2ASIA: Got it. So does alecks come up with the strategy and play style for the team or is that Aequitas?

Bobosaur: Yeah I mean alecks watches a lot of demos and he keeps up with the meta very well, so he will always inform us of things. But with crazy, funky stuff I would say it’s mainly me, hahaha.

CSGO2ASIA: Cool. In discussion with your teammates, they do speak highly of your work ethic. We’ve heard that you’re slightly obsessed with utility and finding cool smokes, tricks etc. What are your comments on that?

Bobosaur: As a player, I always want to find an advantage over other players. So I like to come up with new things all the time. I might come up with like a hundred crazy ideas but alecks and Aequitas will only use one or two, but I’m still happy. Those one or two things may win us the match so it feels good to contribute that way.

CSGO2ASIA: Nice. So with the level of play in Asia, is it frustrating to try and adapt to it while you’re trying to develop a more NA/EU play style within the team? If you’re constantly facing the Asian teams, how do you guys balance that with learning to play more “coherent” Counter-Strike?

Bobosaur: I think it actually works better for us. When you play overseas, people play with all sorts of styles. So playing here and internationally allows us to be more exposed to all these styles, and I think that’s a good thing. You know the way Asians play is like a special Asian brand, just go and shoot heads. We try our best to play more calculated. It’s been proven and tested that if you go to an International LAN and play the “Asian style” you’ll get absolutely destroyed, haha. So we think that we’ll just continue to try and play more calculated CS because at the end of the day that is what will win you games.

CSGO2ASIA: Understood. So this is going to be your second eXTREMESLAND event. How does it feel to have qualified again?

Bobosaur: Yeah, it feels great! I love Shanghai and it’s always a great event. Also, this year we’ll have two Singaporean teams at the event so it feels even cooler I guess, more special.

CSGO2ASIA: Last year, you missed your chance to be in the grand finals versus MVP PK, after losing to NASR Esports. So is your goal this year to win the whole thing?

Bobosaur: Oh, definitely. We want to win this one, for sure. We’re going to do everything we can to take that first place prize!