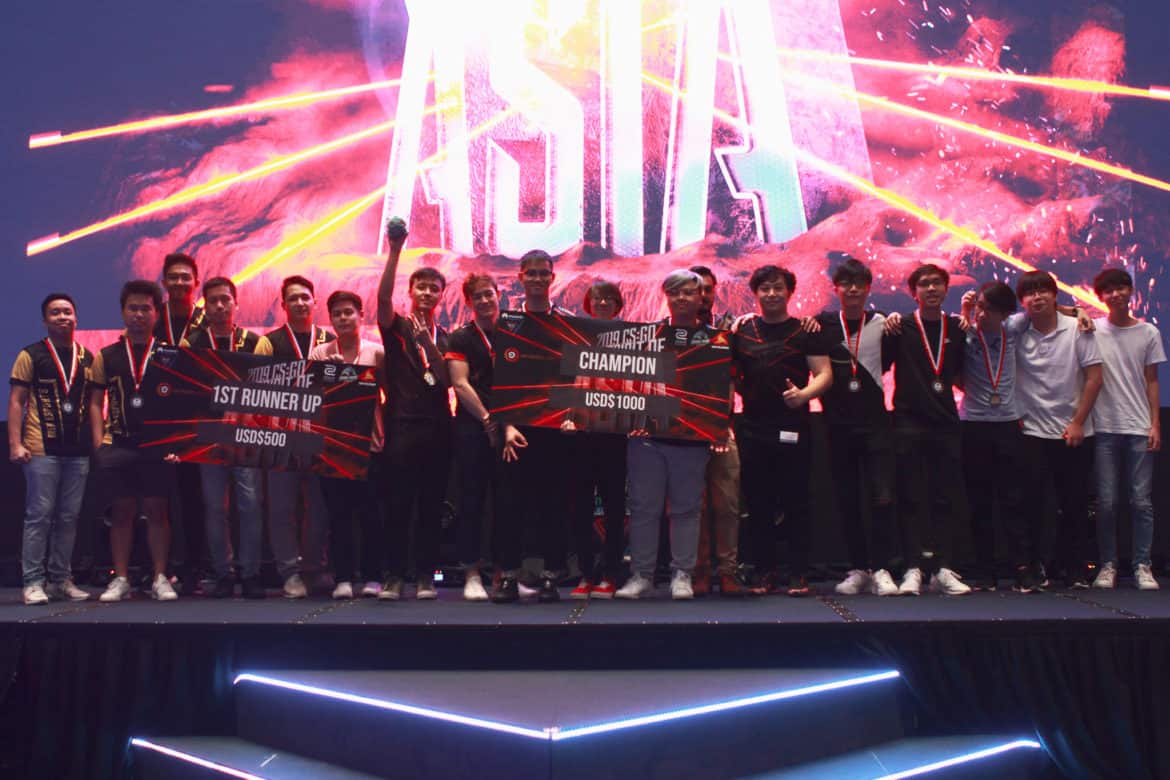 CSGO2ASIA was on site at the Esports Festival Asia 2019 to witness the SEA regional qualifiers for the fourth installment of the annual eXTREMESLAND event. This year, slight changes to the format meant that Singapore had a chance to send up to three teams instead of one, and this made things electric!

Unlike last years eXTREMESLAND event, the format changes of the 2019 edition meant that instead of individual country qualifiers, some nations were grouped together in a regional qualifier.

The S.E.A qualifier took place over the weekend of September 6th – 8th. As part of the Esports Festival Asia 2019 held at Suntec Convention Center in Singapore, the event saw 8 teams from around South East Asia compete for 3 slots to Shanghai. Countries like Vietnam and Thailand were missing representatives as they have their own qualifier – due in part to the high number of teams in those nations.

Because of this, for the first time, we witnessed four Singaporean teams as part of a S.E.A regional LAN event. Invited teams included BOOT, FrostFire and BREN Esports.

As group stages kicked off, there were immediately several upsets. Malaysia’s FrostFire lost their opening game to underdogs from Singapore, LaZe. The elimination game versus Indonesia’s XCN would seal their fate and knock out the invited team before they could even stand a chance to qualify.

Over in Group B, Philippines top team BREN Esports made quick work of their opponents, securing their semi-final spot with ease. It was a toss-up between the two remaining Singaporean squads as well as Brunei’s GoodFellas gaming. While the home crowd was surely rooting for another Singaporean squad, GoodFellas gaming managed to stay alive by taking out 30.6 and facing eventual 4th place team, Exodus.

It wasn’t meant to be for the Brunei nationals, however, as their lack of experience on LAN was exposed by Exodus, who ran away with the last semi-final spot.

Playoffs were a mostly one-sided affair. Top Singaporean and favorites to win the tournament, BOOT, eventually prevailed after an early bashing of local competitors, Exodus. BREN Esports faced eventual third-place team, LaZe, who managed to put up a decent fight. However, the mix-team from Singapore couldn’t manage to go all the way and eventually lost 2-1 to the boys from the Philippines.

At this point, it was already confirmed that eXTREMESLAND would have at least two Singaporean teams, and this is what made things exciting for the local audience. In the 3-4 place match, LaZe started off strong, showing why they deserved the win by taking down Exodus 16-7 on Mirage. However, Exodus prevailed on Inferno, 16-14. It was on Train though, that the difference of the two Singaporean teams was evident, and LaZe eventually secured the last spot to Shanghai, winning the series 2-1.

The grand final between BOOT and BREN Esports was next and looked to be an exciting one. After a decisive victory on Dust2, winning 16-10, BOOT looked poised to secure the second map, Nuke. Starting the half on the T-side, they had a very comfortable 10-5 lead and managed to push it all the way to 14-8 on the CT side. At this point, the audience could be seen already packing up and ready to call BOOT the winners. However, BREN Esports took it round-by-round, securing an impressive come back and eventually won the map 16-14, to everyone’s surprise. The third and deciding map was Inferno.

While both teams had already secured their spot in Shanghai, it was the US$ 1000 prize money and first place bragging rights they were fighting for. BOOT showed why they deserved the win, balancing their aggression with calm and collected CS and eventually won 16-7 and first place.

Final results of the SEA Regional Finals can be seen below: