alecks – “I believe you really need a team of support staff for this to work.” 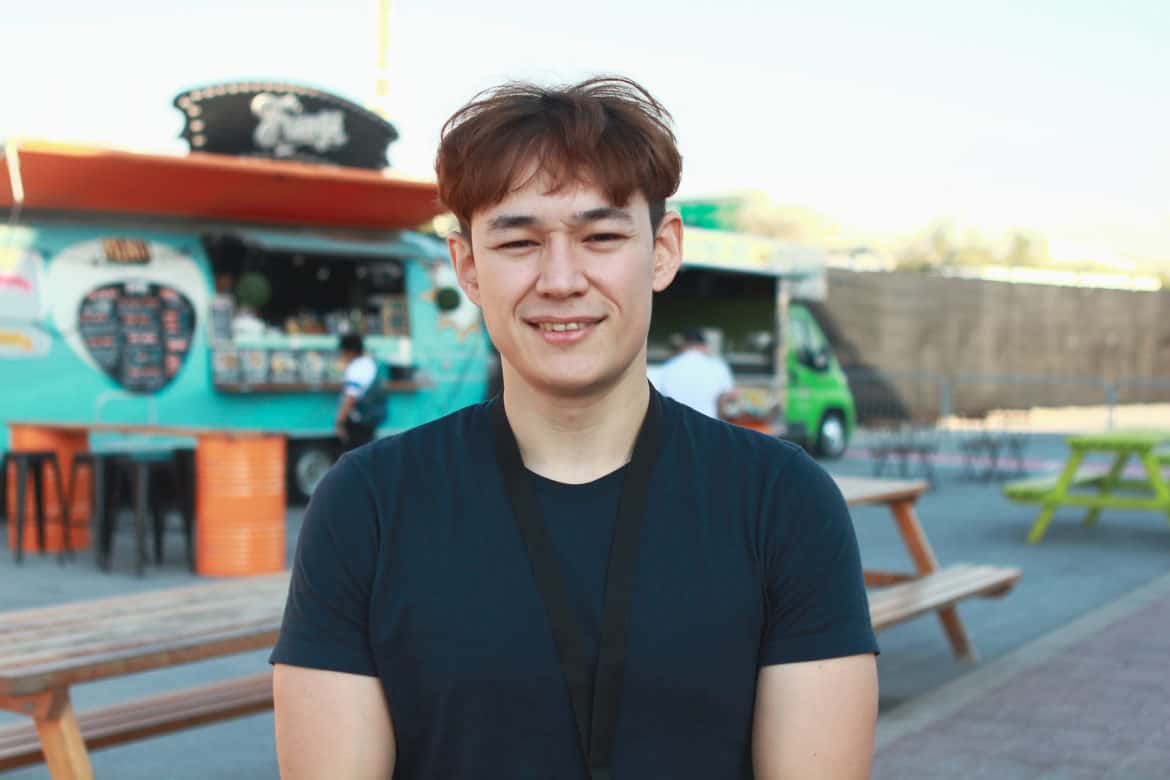 After their elimination game on Day 2 here at the PLG Grand Slam 2018 in Abu Dhabi, we sat down with B.O.O.T-dream[S]cape’s Alexandre “alecks” Salle, and talked about his role as a coach, what it means to play with his ex-teammates and his plans to develop the team further.

CSGO2ASIA: First off, let’s talk about the event so far. You guys had a promising start to the tournament, taking INTZ down in your opening match, de_train 16-7, followed by a decent showing against HellRaisers despite losing 16-10 on dust2. Walk us through what happened in your decider game vs INTZ, from your perspective?

alecks: First of all, we pretty much had the maps we wanted to play. I took a look at the vetoes and pretty much figured out what maps we would be playing, so there were no surprises there. We started off down 7-3 on dust2, but on the 11th round there was a small technical hiccup which actually helped us reset the momentum a little, we ended up coming back and ended 7-8, so that was a good half for us. On T-side, we got hammered on the pistol round and a few eco rounds, they played really well. Half-way through we figured out we could go mid quite easily, especially mid to B site. I mean, not really easily but we were having success with it. For some reason, we just didn’t do it enough though, we should’ve abused their mid a lot more. That’s pretty much it on dust2, we let the game run away from us. I guess they have a little more experience, their CT side was strong, the flashes, the retakes etc.

CSGO2ASIA: Right, right. After that was de_train though, which you beat them on yesterday quite convincingly. What do you think happened today? Was it them doing their homework against you or maybe just changing things up today?

alecks: I think more than anything else they did their homework on our train even in our first best-of-one. But maybe we also were slightly different there from what they expected. The second time around, we didn’t change much. To be frank, niether did they. It really was them showing up today, and on our T-side we really weren’t able to get ladder control. They were hitting their shots, shots that they were missing yesterday, so this really limited our takes on the A-site. A lot of our play revolves around taking that early mid and ladder control so they pretty much shut us down there. I guess that’s something we need to work on immediately when we get back.

CSGO2ASIA: Got it. We know you came on board with B.O.O.T-d[S] earlier this year as their full-time coach. Since then, what has been your overall game plan with the team?

alecks: I was brought in to help with strategizing, mainly. And of course to work on their individual game play and improve that. As far as a focus goes, I do a lot of analytical work, I quite like it. I like to watch demos of the opponents and anti-strat them, help the team understand what tendencies the enemy has. Because I spend a lot of time watching demos too, I have no problem keeping up with what the current meta is, so I relay that to the team too. Most of my day is spent learning all these new things so my players don’t have to worry so much, just focus on their individual plays and roles.

CSGO2ASIA: Nice. We remember when Harley “dsn” Orvall first coached B.O.O.T-d[S] one of his goals was to work through the fundamentals with the team. As someone who knows the team well, I would say a lot of this has shown drastic improvement, but I am curious to know your thoughts?

alecks: Yeah, I’m sure it’s improved. Harley did a lot of work when he came in, trying to make sure that they have better teamwork, a better understanding of the game. It’s stil lacking a bit, obviously, compared to top tier teams. I think we still waste flashes, make really bad mistakes when it comes to man advantage situations, chasing guns or giving away guns during eco rounds. Economy wise, I think we are still terrible, and that costs us games. But aside from that, yeah, our teamwork has improved, our communication is better and strategically we are smarter. The guys are also more calm when they play, too.

CSGO2ASIA: Alright, cool. Let’s talk about your map pool. Dreamscape is known to play well on maps like Train, Nuke and Cache. However, it seems like the map pool could use some work in order to take on better teams in best-of-threes. Would you agree or disagree, and how are you planning to improve this aspect of the teams game?

alecks: Right. Yeah I would agree somewhat. We actually can play 6 maps right now. We’ve tried a bit of Overpass, so if we wanted to, we could play all seven maps. The thing is, most of the maps that people play, Train is a map they don’t ban right off the bat. They also don’t really ban Cache or Nuke, so we end up getting at least one of those maps all the time.

CSGO2ASIA: So are you saying that you feel that all your favorite maps are very similar to all the other teams you face?

alecks: Exactly. So it does look like we only play those three maps you mentioned, but we can play other maps. Obviously we like Train a lot, we’ve had a lot of success there, both in Asia and in some international tournaments, so there’s no reason not to pick it. Aside from that, we have been working on other maps. For example, this is the first tournament that we have been actively playing on dust2, or rather, that we are prepared to play dust2. We can play Inferno ok, our cache is ok, but we entered a group here where no one plays Nuke, so we didn’t get a chance to play it. On Mirage, we’ve been trying a lot of things on Mirage for a while now but it’s still shaky for us. So yeah, we have our strengths but I wouldn’t say we are particularly uncomortable on any one map.

CSGO2ASIA: Yeah, that makes sense. As an ex-player of dream[S]cape with some of the current line-up, do you feel this gives you a slight advantage, or disadvantage, when working with your ex-teammates, or is it a bit of both do you feel?

alecks: Haha, yeah it’s definitely a bit of both. But I think overall, it can be disadvantage. It can get hard to like, yell at your friends, you know? I mean, we are so close right. For example with Moxie, we’ve played together for so long, and suddenly now I am his coach. It’s very hard to tell him stuff that he maybe he doesn’t see. It’s the same with Tommy too, I played with him for a year, it’s a bit of a weird situation sometimes I would say. All-in-all, it also helps because I know them very well. I know their personalities well, I can defuse tension and probably help motivate them because I know them well.

CSGO2ASIA: Yeah, that’s what I figured! So, for you personally, do you feel you are still learning what it means to be a coach or have you finally got a better understanding of what is expected of you and how to take on that challenge?

alecks: Well, I guess because the concept of coaching in CS is still quite new, it only really came about with CS:GO. In fact, I don’t even think it was when CS:GO came out but more like half-way through this games lifespan, so only a few years now. Suddenly, all the top teams have a coach, some even two, and a manager and all that. I don’t think anybody actually knows how to be a good coach, you know? Like you could say maybe zews and zonic are some of the best coaches out there, but you know, they don’t really share how they do it. I think every coach is learning as he goes, how to get the best out of his team. Whether they have to take care of nutrition, training schedules or analyze matches, there’s a lot. I believe you really need a team of support staff for this to work.

CSGO2ASIA: Yeah, like a specialist in each area, similar to what the likes of Astralis and other top teams have?

alecks: Yeah, if you look at traditional sports and you see what we have in esports as whole, now, it doesn’t compare at all, obviously. Even in big football clubs, it won’t be one person taking care of one thing, they already have teams of people working on specific areas, so yeah. I am lucky though that I have Harley in the organization with me, so I would say we actually have two people working on the team right now. One thing is for sure, as a coach, it is a lot of work. You have to be the boss, as well as the friend, as well as the psychologist and the guy that breaks up fights, haha, and the demo bitch. Sometimes, if you’re lucky, you have an IGL who is very motivated to do these things too, but yeah, it’s hard!

CSGO2ASIA: Yeah I can imagine! Lastly, what’s next for you and the team? What can we look forward to seeing you play in the near future and what are the goals for 2019?

alecks: Well, I believe our contracts are ending soon, so I can’t really say right now. We obviously want to stay with B.O.O.T if we can, so that’s up to them to offer us something new. I guess it’s a wait and see kind of thing. If we stick together, the goal would be to qualify for more events. I know a lot of pros are commenting on how there are so many events, but for us, we don’t get to play enough I feel. We would love to see some events switching to tier 2 or tier 3 only teams, but I know that’s unlikely. That way, we would have more opportunities to play versus the other tier 2 and tier 3 teams in EU and NA and really learn from there. We’ve really had very little success in reaching playoff stages at tournaments, so that is our first goal for 2019. After that, it’s climbing the ranks in Asia, we want to be the best in our region and make our way from there.