liazz & Gratisfaction – Asian CS is fun to watch, but really annoying to play against. 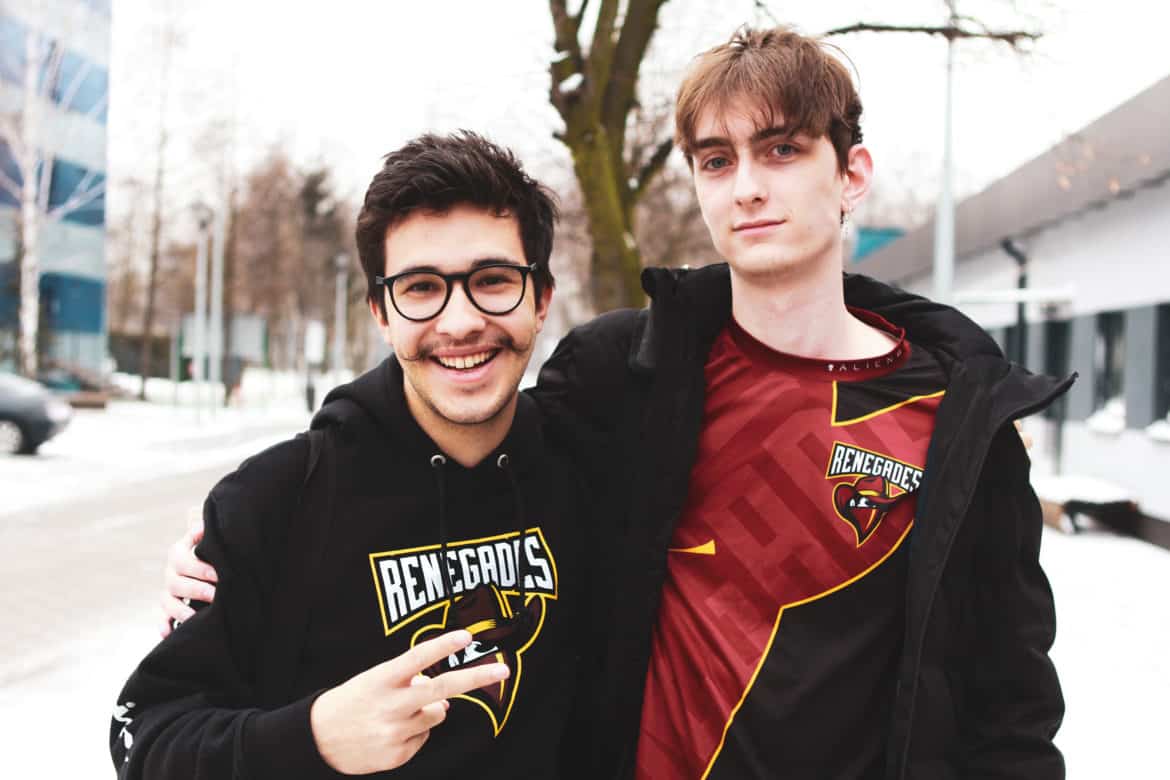 Here at the IEM Katowice Asia Minor, we sat down with Renegades latest imports, Sean “Gratisfaction” Kaiwai and Jay “” Tregillgas, and got know more about their adjustment on the new team, the level of play in Asia and the Minor so far.

CSGO2ASIA: You’ve now had a few months and attended some prominent events with the new team. Briefly tell us how the adjustment has been over the past few months, both in-game on the new roster and moving your life to North America?

liazz: It’s been a really big adjustment for me personally. I’ve been living at home pretty much my whole life, I’ve never lived overseas and now I’m living abroad with six other dudes in Detroit, so yeah, that’s been different. In terms of in-game, [Renegades] made it really easy for me as a teammate, they were very welcoming there. In terms of adjusting to the roles that I’ve been put in, that’s been a bit of a learning curve and something I am still working on right now.

CSGO2ASIA: Right. Do you think there’s some sort of overlap in terms of the roles you are used to and what already existed coming into Renegades?

liazz: Yeah, I think everyone sort of compares me to Justin “jks” Savage. But, I don’t know, I play a very weird mix of roles, and now I’m playing something a bit more set in stone so it will take me some time to get comfortable I guess.

Gratisfaction: I basically got slotted into the AWPer role so nothing really changed there. The only thing that’s different is the way we approach strats and smokes and stuff like that. As for the adjustment to the move, no issues there. I’ve found friends with everyone on the team so it’s been pretty smooth.

CSGO2ASIA: Obviously you both had some sense of what you were getting into by joining Renegades, the new region, the increase in the level of play. But was there anything that surprised you or didn’t really live up to expectation after joining Renegades? If not, what do you think are the similarities between the OCE scene and scene?

Gratisfaction: I guess the biggest thing was the practice times. As you know in Oceania not everyone is salaried and does this full-time, so most of our practice and games are in the evening. I was used to having my whole afternoon and early evening free pretty much. I don’t think there’s anything else other than that really, maybe just FPL games and such you get games all the time, so that’s good. It was all kind of expected really, I guess that was the reason I made the decision to move in the first place.

CSGO2ASIA: As the new talent on the squad, do you both feel a sense of pressure to perform and prove yourselves at all?

liazz I first joined the team, I think there was this sense of all the pressure in the World and no pressure at all, at the same time. Coming from Australia, I was doing really well at the time back home, I was very comfortable in everything I was doing, so I guess a lot of people had high expectations of me there, but to myself I understood that I was going to have to play new roles I’ve never played before, playing with people I’ve never played before. So I saw it as a chance to not really be so hard on myself, no expectations, a sort of clean slate.

Gratisfaction , I kind of felt the pressure to perform. Everyone around me though was really accommodating, so that feeling went away quickly. I think I’ve done well since coming to America so I don’t feel it now.

CSGO2ASIA: What about this tournament. For both of you, this isn’t your first Asia Minor, you both attended different Asia Minors on different teams in the past. What do you feel about the evolution and level of play with other Asian teams considering this is supposed to represent the best that Asia has to offer right now? Would you say they are closing the gap?

liazz: Somewhat. I think you have to go way back, like, late 2016. Back then, MVP was just sort of starting to implement more of the EU/NA play style, more structure and better comms etc, and they really stepped it up back then. Then you saw some of the other Asian teams follow and towards the start of 2018 you could really feel they were on the up and up. Especially with teams like TYLOO picking up BnTeT, he turned that team around. I’d say that right now, they’re all still adjusting, the Chinese teams are still leaning towards more of the Chinese style, but teams from S.E.A are definitely adjusting to a more EU/NA structure.

Gratisfaction: Yeah, I would agree with that entirely. China is kind of segregated, and a lot of their older players aren’t really available to teach the newer players a better way to play, so they just stick to their super aggressive play. It’s a cool style though, it’s fun to but really annoying to play against.

CSGO2ASIA: Your first playoff game with ViCi started rough. This was almost a repeat of your series at ESL S8 Finals in terms of map pool, so it didn’t look like it would be too tough. Walk us through a little what happened on the first map Mirage and what you think went wrong from both of your perspectives?

: On Mirage, we were a little bit foggy with our game plan. We thought they would just be playing off what we were doing in the rounds, but they were pushing sites on perfect timings and we had no idea, so they had a lot of info to work with. They ended up stacking the sites we were hitting three or four times in important rounds, so it screwed with our momentum and our overall game plan. We managed to make a small comeback on CT side, but a couple of stupid rounds cost us that game I think. We were confident going into map two and three though, we thought they got somewhat lucky on Mirage.

Gratisfaction, pretty true. I think we weren’t warmed up enough either, I was missing a lot of stupid shots and stuff, so that didn’t help.

CSGO2ASIA: Cool, nothing out of the ordinary then. Lastly, anything you’d like to say to your fans back home?

Liazz: I love all my fans, kisses to all!

Gratification: Haha, yeah say hi to all the fans!

advent – “Now that I have the confidence again, so do my teammates”