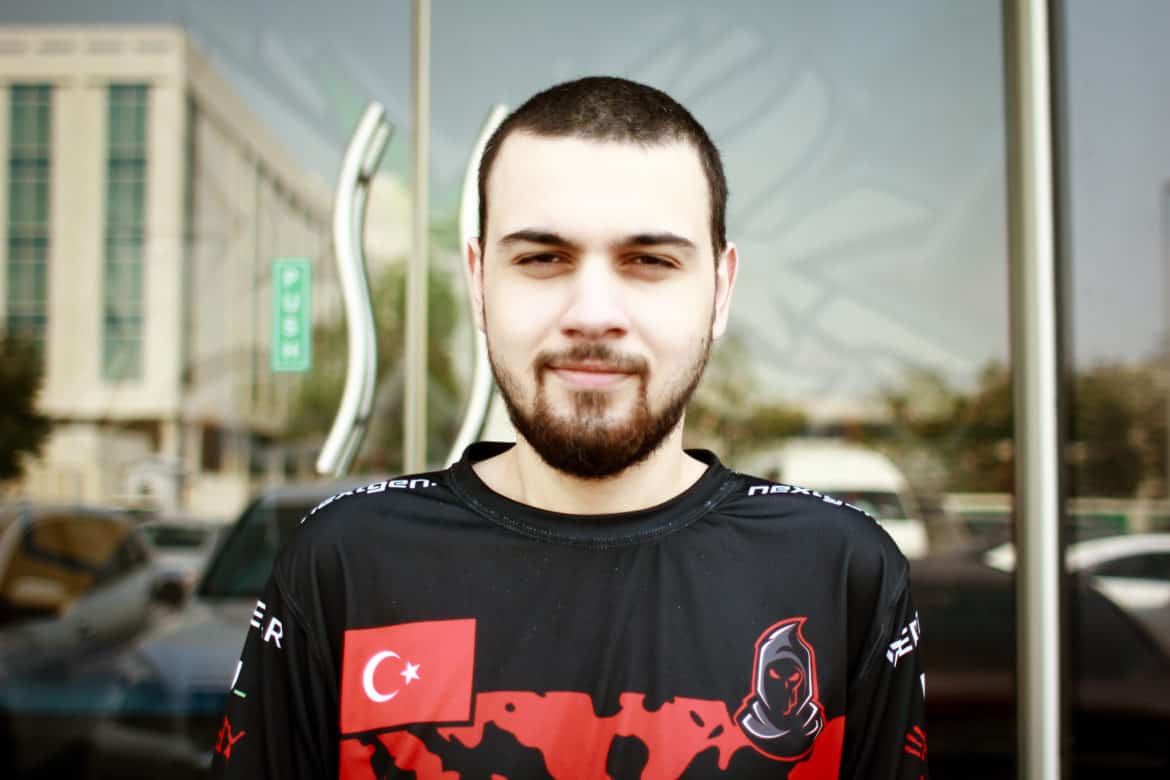 Here in Dubai for the ZOWIE eXTREMESLAND Middle-East regional finals, we spoke with Turkish player from team Demise, Ahmet “paz” Karahoca. The former member of Space Soldiers spoke openly about the different level of play in Europe, their goals for Shanghai and their confidence coming into the finals.

CSGO2ASIA: Firstly, congratulations one qualifying to Shanghai. Coming into this tournament, did you guys feel any pressure knowing that you were one of the favorites to qualify?

Paz: Thank you. We didn’t really feel any pressure, to be honest. We knew that we could win. There were players that we had never heard of before. I knew there were going to be some really talented players, some sick aimers. But knowing this, against these teams, you shouldn’t take fights and let them use their aim. We came in knowing that. So we just had to play our game and so there wasn’t much pressure because of this.

CSGO2ASIA: How did you prepare before coming here? Especially since like you said a lot of the teams have very little for you to review or make sense of?

Paz: We actually didn’t do anything special, because as you said we didn’t have any matches to watch or what to learn about them. We just focused on our own stuff and our teamwork and came in prepared to play anyone.

CSGO2ASIA: Your opening game against Portal was won without a fight. But the second game against Divine Vendetta proved a little more tricky. After your 7-1 lead on Dust2, walk us through what happened from your perspective?

Paz: We started really good on the first half as you said. But they did manage to figure out what we were doing. So at that point we knew we had to change it up. I guess we were kind of late to do that, so we lost a lot of rounds that way. We just projected our coolness and focused on our game and tried to look for gaps in what they were doing, took some pauses to talk about it and then it was easy from there.

CSGO2ASIA: So you’ve been around in the CS:GO scene for a while now, obviously played for teams like Space Soldiers and then Turkey5 before being signed by Demise. How do you feel the level of competition here in the Middle East is compared to the teams you’ve faced in Europe?

Paz: Obviously European teams are much better, it’s not even comparable. But in terms of talent, it’s not necessarily the issue. Even in Turkey, there are no teams that can challenge the European teams, and in the Middle-East and Asia too. It’s not because of talent I feel like, it’s the mentality. I feel that new players, and like myself too when I was beginning my career, they focus on the wrong things. Maybe they focus on things like their aim and deathmatch too much, but I feel that’s wrong. Everyone wants to be a star, you don’t need to do that. It’s a team game, you need to understand. You need to learn about how you can help your team better, analyze yourself better and work on yourself more than just your aim. I think this is the main problem here and in Asia too, and that is why they even come behind teams in Turkey.

CSGO2ASIA: Yeah, so what you’re saying is they need to focus more on their teamwork because they clearly don’t lack the talent?

Paz: Yes, exactly. I mean, I’ve been playing against Tier 2 and Tier 3 teams in Europe for so long now, but I come here and I am shocked sometimes with the skill, like I can’t even shoot them sometimes it’s crazy. But as I said, we are losing to European teams and winning against teams here, it’s not because of aim it’s because of experience and analyzing the game better.

CSGO2ASIA: We know that this could be a sensitive topic for people in Turkey, but do you think it was a good idea to put your team as part of the Middle East qualifier?

Paz: I mean, it obviously benefits us to play in Middle-East qualifiers, we usually have to play in European qualifiers. If it was in the Middle-East all the time, it would be better. I wish it was like that, but it isn’t.

CSGO2ASIA: Now that your ex-teammates like XANTARES and MAJ3R have made it to teams like BIG and LDLC, do you feel that this has had a positive impact on the CS:GO scene in Turkey?

Paz: Yes it has, I believe. We had a good team, we had a good run. When you think about Turkey (in CS:GO), I feel like you can’t really think about a better team than Space Soldiers. I do wish the Space Soldiers core team would’ve lasted longer, but it didn’t. It’s ok though because now we want to do the same with Demise.

CSGO2ASIA: What is the overall scene like in Turkey? Are there are a lot of teams/mix squads and local LANs or is it mostly an online environment?

Paz: It’s better now, yeah. During the qualifiers for this event in Turkey, we played a lot of new teams and a couple of games were really close, it wasn’t just about us anymore. The scene is definitely getting stronger, it’s slow, but yes I can see it is improving. Some of the teams even took maps off us and we almost lost in the semi-finals.

CSGO2ASIA: Is there a distinct style you guys feel you need to switch to in order to face teams in this region and maybe in Asia?

Paz: Well yes it’s very different from what we are used to, as you said. What we do is just expect anything and everything. Sometimes there are positions, situations, where we don’t understand why that guy did this or that, it doesn’t make any sense! But all we can do is just play together and keep expecting the unexpected so it doesn’t surprise us.

CSGO2ASIA: Have you had any chances in the past to play scrims or practice against any of the Asian teams like ViCi, TYLOO or MVP PK while they were in Europe for events?

Paz: Yeah, we’ve practiced against those teams whenever they come to Europe. As far as I know, TYLOO is the best we’ve faced. We do practice against them whenever we get the chance.

CSGO2ASIA: Lastly, what are your goals for Shanghai?

Paz: We want to win. It’s the first big event for us as Demise, so it would be really good to win a LAN event. It would be a great beginning for this new team.