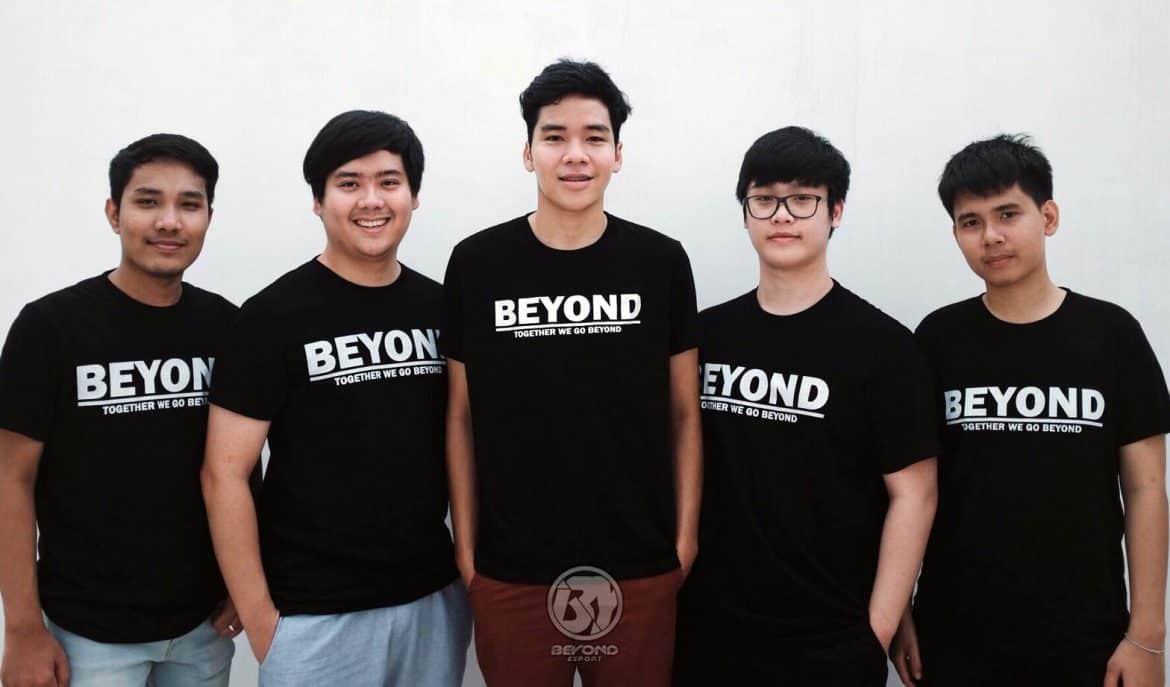 Thailand’s ‘Beyond Maple’ is now known as ‘Beyond Esports’

The Bangkok based organization announced a new roster for their CS:GO squad, CSGO2ASIA has learned.

Consisting of familiar faces to anyone who keeps up with  Thai CS:GO, the team has claims to be the first full-time professional CS:GO organization in Thailand. In a statement on their Facebook Page, the team had this to say:

“We finally came up with the first and ever full-time CS:GO team and also decided to go with the name ‘Beyond’ from this day forward. Please give a shout-out to our 4 new players, TOR, bnwGigs, stk, and the official comeback as a competitive player, CBBK, and of course, J9!”

It is unclear at this moment what will become of the four other players that made up the Beyond.Maple squad. Niffy, HSK, JUSTCAUSE, and Leaf are free agents as of now. However, as is the norm in the Thai scene, clubs such as Signature, MiTH and NSPR are always at the ready to receive new players who constantly change homes.

As an organization, Beyond.Maple’s most prominent placing was a 5-8th finish in both the eXTREMELANDS Asia Finals 2017 and ROG Masters APAC Main Qualifier earlier this year. With the experience of players such as TOR, bnwGiggs and stk, this is looking like a promising line-up. Let’s hope that they stick together for the foreseeable future.

Beyond Esports now consists of the following players:

Cover photo courtesy of Beyond Esports

emagine: “The Oceanic scene isn’t as unstable as it once was”