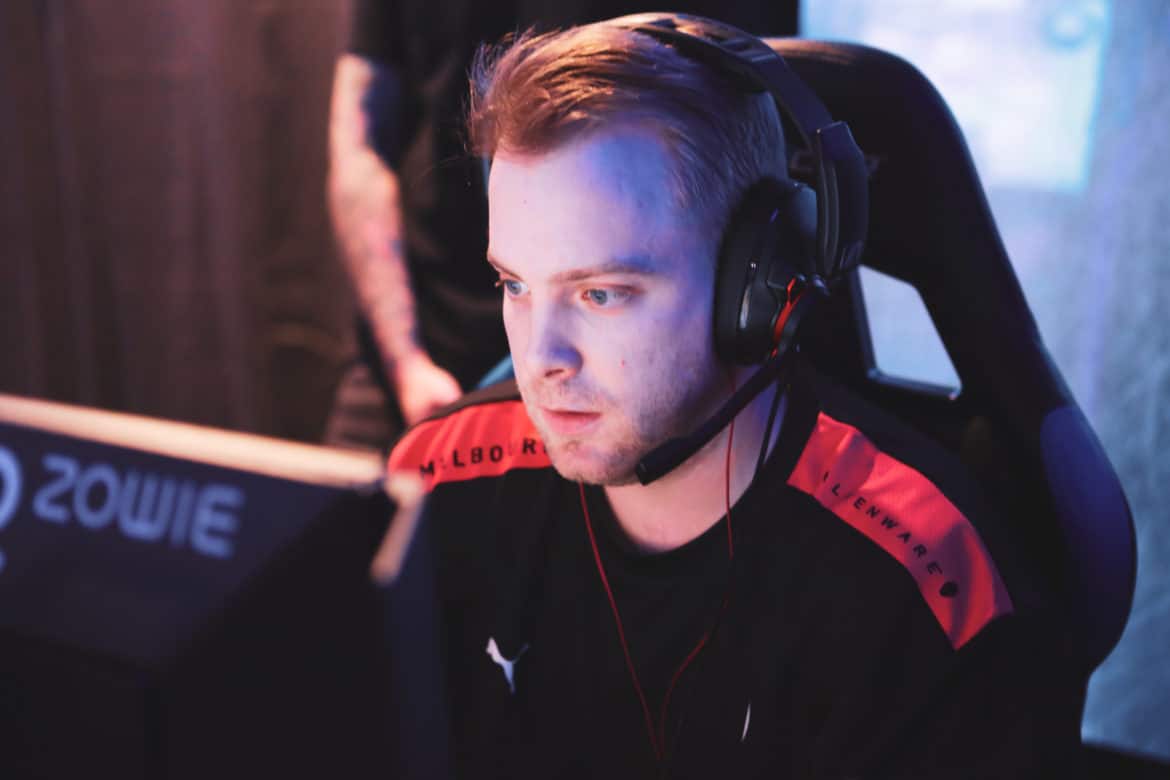 Over the weekend of the ZOWIE eXTREMESLAND Oceania qualifiers 2019, we spoke with Chris “emagine” Rowlands, one of the core members of the Aussie side, ORDER. Chris spoke of his excitement to return to Shanghai, the changes in ORDER and his overall views of Aussie CS today.

CSGO2ASIA: It’s been a while since we last spoke. So, let’s get right to the burning question – Are we going to have that meal at Lost Heaven in Shanghai again or do you think your team will have to miss the event in favor of the ESL Pro League stage two?

emagine: It is a bit of a tricky situation. We’re hoping that we can attend both, obviously, so right now we’re just hoping that the tournament organisers can sort something out. I don’t know which side is gonna give, but we really want to attend eXTREMESLAND. As you said, I was there a couple of years ago, and for the Asian calendar, it’s definitely one of the highlights for me. Everyone is super stoked to be able to attend.

CSGO2ASIA: On a more serious note, your team has lost players like Liazz to Renegades, and most recently, INS to Grayhound. Does it feel like ORDER is somewhat of a talent farm for the bigger teams coming out of this region?

emagine: Well I think Renegades is always going to be this big fish, right, they can pull from pretty much any Australian team they want at this point. With Liazz, that hurt us a lot, but it wasn’t unexpected or anything. I think you’ll continue to see Renegades pull from Oceanic teams. I don’t think ORDER is more so a talent farm than any other team here. In the case of INS, he got the offer and it was a mutual agreement. With Renegades, I think that situation will always exist and the only way to overcome that would be to have more Oceanic teams be based overseas, like Grayhound for example.

CSGO2ASIA: Alright, cool. We asked tucks this same question, but we’re curious to know your thoughts. With the shuffle earlier this year when Gratisfaction and Liazz were picked up by Renegades  – How did that shuffle affect the scene in general, do you feel? Was it mostly positive or were there negative impacts too?

emagine: I think that Gratisfcation and Liazz are two of the most impactful players we had, so that actually set the scene back a little bit, as is the case generally when Renegades take players out of the region. I think all the teams sort of took a hit, so it was just a rebuilding process for a few months after that.

CSGO2ASIA: What are the main factors USTILO has brought to the table other than of course his experience playing in the international circuit?

emagine: I think the experience itself sort plays into everything that he brings. He’s a very calm player, and he’s also a play-maker for us, which was something we lacked so that’s good. He has patience and smart decision making, too. Couple that with Valiance I think those are the two things we really needed.

CSGO2ASIA: And what about Valiance? He’s a player we haven’t really seen much of until he joined ORDER. What was the driving decision behind bringing Matthew on board?

emagine: Yeah, we had zeph prior to Valiance, it was a sort of similar story. We were looking at the next run down of teams and star players, and we wanted to find someone with that sort of x-factor. It wasn’t like we had a lot of time with him or anything, but we just rolled with it. It was definitely a risky move, but it paid off. I mean, Valiance just has that stone-cold presence about him, especially in clutch situations, and I don’t think I need to tell anyone that he’s been performing well.

CSGO2ASIA: Let’s talk a bit about the eXTREMESLAND Oceania qualifier now. Your first match here was against Grayhound, with the first map, Inferno, being extremely one-sided. Nuke was a little bit more of a fair fight, but what would you say were the main issues with that game. Was it just that Grayhound has reached a whole different level or was it ORDER not playing their game yesterday, or a bit of both?

emagine: We do sometimes have problems with our T-side on Inferno. We don’t feel like Grayhound is like unbeatable or anything like that, I’d say it was just a poor reflection on us. I think we just played really poorly on our map pick, rather than them being on a whole other level.

CSGO2ASIA: Your second match versus AVANT seemed to go both ways, but you pulled through on overtime on both maps. Walk us through a little bit about why you feel the level of competition in the Oceanic scene is the way it is. All these teams seem to be able to take maps off each other or come extremely close, what do you think is the “x-factor” that keeps teams like ORDER or Chiefs coming out on top of each other on any given LAN?

emagine: I think it comes down to mentality. When you get to the grind, and those overtime games, the teams that have been through that before or have experienced it over and over are just more comfortable with those type of situations. Especially with overtimes, that can really put a lot of pressure on newer players. I think the other teams are slowly getting there though. With us for example, you have USTILIO, myself and even Hatz, we’ve all played so much CS at this point it’s nothing new to us. That being said, you’re starting to see teams like AVANT and Genuine, for example, that are really closing the gap. I’m not so surprised now when I see those teams taking maps off teams like us or Chiefs, it just shows that the scene is in a healthy place now.

CSGO2ASIA: Against Chiefs, you had a solid start on Vertigo, followed by Nuke. It was clear that you had prepared Vertigo. What are your thoughts on the most recent changes to Vertigo?

emagine: Well, it’s one of those things that I think it’s just too early to tell. I mean, the way we’re playing it right now we’re basically pugging it…hahaha, not pugging it entirely, we have stuff prepared, but you know it’s not really what we want out of it. We watch the top teams play on it and stuff, but we’ll wait a bit to pass judgment on it. It’s an interesting map though, and we quite enjoy playing Vertigo, so any chance we get to play it we’re quite happy to play it.

CSGO2ASIA: Let’s finish with something a bit different. There’s a lot of talk about the Krieg needing a nerf. How do you think this can be achieved?

emagine: Haha, yeah well the general consensus is that it needs a nerf. I agree with that for sure. I mean, it’s just aimbot in the right hands at this point. But how to fix it, I’m not entirely sure. I guess they could fix it the same way they fixed the Aug, or increase the price, but yeah something needs to be done.

Solo: “The Korean scene is the worst...

Bobosaur – “We’ve struggled a lot with...