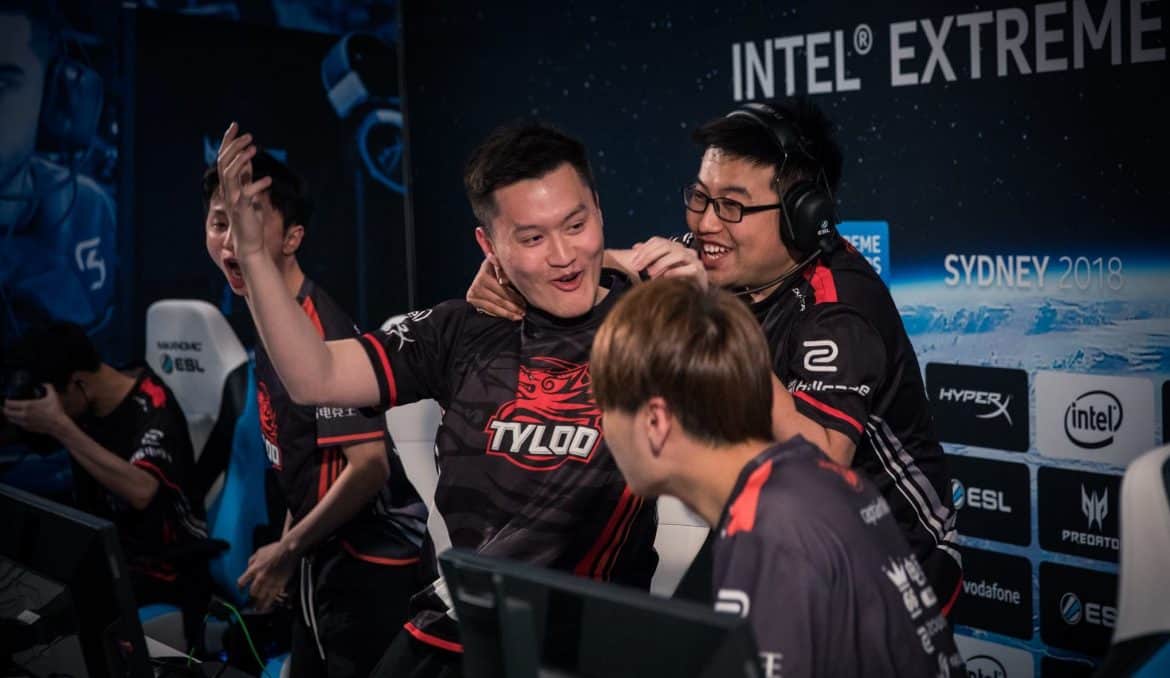 Could this be the breakthrough TYLOO and #CSGO2ASIA are looking for?

The Chinese team most recently took part in the Qi Invitational where they placed second. They took down AGO in the semi-finals but ended up falling to GODSENT in the finals. Placing second in the tournament was no small feat, yet not all too impressive as the tournament only featured a few tier 2 teams from Europe. While TYLOO has been performing well within Asia, they haven’t been able to replicate their success on the international stage, until now.

With their current lineup, TYLOO has played in three tier-one events: StarSeries i-League Season 4, IEM Katowice 2018, and DreamHack Masters Marseille 2018. TYLOO didn’t manage to make any significant progress in any of these tournaments, bombing out in groups each time. IEM Sydney has turned everyone’s expectations upside down, and the focus is back on the Chinese juggernauts.

Going into the tournament everyone was curious to see how the Asian teams would do and saw it as a great opportunity for the Asian scene. IEM Sydney featured three Asian teams: B.O.O.T-dream[S]cape, MVP PK, and of course TYLOO. The Singaporeans and Koreans, unfortunately, weren’t able to make much of an impact, but TYLOO weren’t messing around.

In the first round, TYLOO got matched up against last year’s IEM Sydney champions, SK Gaming. Even though SK Gaming had undergone some changes to their lineup, picking up Jake “Stewie2K” Yip in place of Epitacio “TACO” de Melo, they were still expected to take the win over the Asian underdogs.

They played the game on Mirage, and it didn’t start well for our Asian favourites. SK Gaming took the pistol round and secured the next 2 rounds to start the game off 3-0 in the Brazilian’s favour. TYLOO struck back in the first gun round but were immediately reset in round 4. From there, TYLOO fell behind to a scoreline of 2-9. While it didn’t look good, TYLOO were not planning on giving up. They pulled the first half back to 5-10 but they really needed to step up if they wanted to win. Losing the second pistol round didn’t help either, and it was looking grim for Ke “captainMo” Liu’s team. When the score reached 5-12 for the Brazilians, TYLOO finally managed to turn it around and started stringing rounds together. They ended up clinching the game 19-16 in overtime.

This wasn’t the first time TYLOO faced off against the Brazilian giants. The teams came head to head at DreamHack Masters Malmo in 2016, a notorious game where TYLOO snatched away a best of 3. Here in Sydney, SK Gaming wasn’t at their best, but TYLOO still prevailed.

In the second round, TYLOO squared up with this year’s major-winners, Cloud 9. Some were still questioning TYLOO, citing their win against SK Gaming as a lucky upset in a best of 1. However TYLOO’s performance was no fluke, and they weren’t done with SK Gaming. TYLOO proved their worth against Cloud 9, finishing them off in 2 maps. They worked together well, and with everyone fragging, they shut down the Americans to move forward to their Australian arch-nemesis, Renegades.

TYLOO had always been overlooked in past tournaments. Of course, this is mostly due to the fact that they always exited the tournaments early on. But, after shutting down 2 legends in Sydney’s group stage they had everyone’s attention. In the decider match to see who would go straight to the semi-finals, TYLOO had to take down their rivals Renegades.

In the derby, TYLOO looked like a well-oiled machine. They were making aggressive, yet well-coordinated plays all around the map. For example, on Train’s CT side, they locked down the Aussies by taking control of popdog. Of course, the flawless teamwork is magnified when the team’s players are playing exceptionally well. Both Hansel “BnTeT” Ferdinand and HaoWen “somebody” Xu were making plays left and right, with the rest of the team doing their share of fragging as well. TYLOO ended up taking the series 2-0, heading straight to the semi-finals.

TYLOO have been playing together for a few months now, and as mentioned before have had little success outside of Asia. With their performance here at IEM Sydney that has all changed.

@tyloogamingjust got their best ever placement at a big event in CS:GO without dropping a single map beating SK, C9 and eternal rivals Renegades.

China is literally number 1 at this event. #IEMSydney

Our very own Kai Lih Gah highlighted the chances that IEM Sydney has given to the Asian scene. TYLOO has gone ahead and grabbed that opportunity with both hands. They have been putting the work in, and have now gotten the results. IEM Sydney is an international breakthrough for the Chinese team, having already reached the top 4. However, TYLOO’s Cinderella story isn’t quite done yet. Will they be able to upset the star-studded FaZe Clan, and stun the world?