Here are the storylines to look out for in eXTREMESLAND 2017

Since the announcement earlier this year, sixteen teams from all over Asia are almost ready to duke it out at Arena 666 in Shanghai, China. With the Asia Minor on the horizon, this tournament will be a good benchmark of the standards of each team going forward. Some teams have more to prove than the others, while some seem confident in upholding their standards. Here are the key storylines going into the ZOWIE eXTREMESLAND Asia Finals 2017.

Ever since their impressive run to qualify for Dreamhack Malmö Masters, Dream[S]cape’s results have been less than ideal. Following their run at Malmö, the Singaporean based squad failed to qualify for SL i-League Shanghai 2017 and IEM Oakland 2017. Ranked #3 in CSGO2ASIA, they cannot afford to head out of the tournament early. 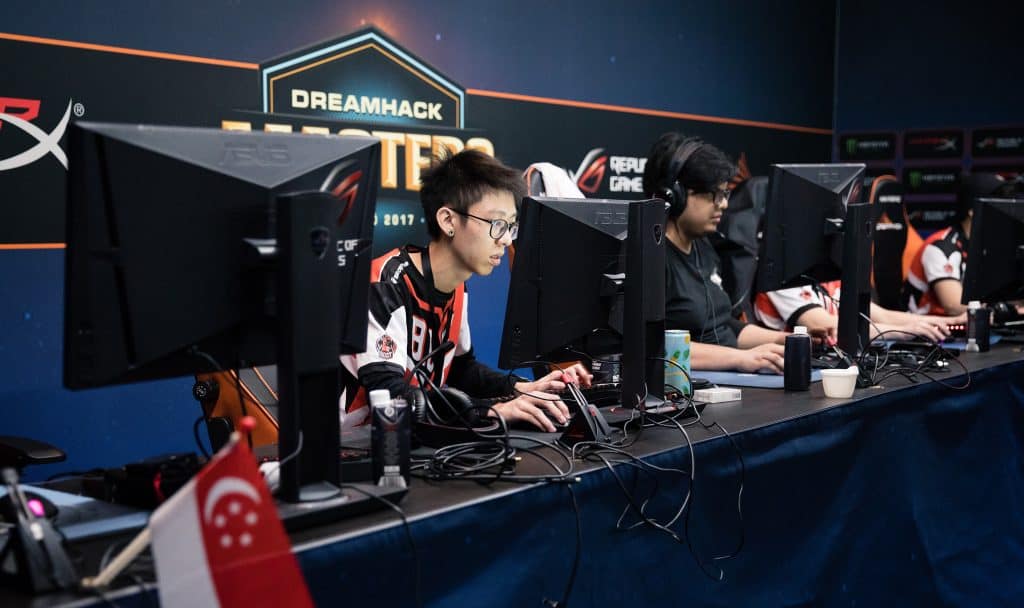 Did Dream[S]cape learn anything from Malmo?

Failing to get out of groups or make the semi-finals could spell disaster for the boys from Dream[S]cape. In my opinion,  anything less than a semi-finals appearance is a bad place for a team of their standard. All eyes are on the young boys from Singapore to perform well.

SZ Absolute’s improvement as a team has been quite surprising. They have quickly established themselves as the best team in Japan and they don’t look like they are holding back. Their road to eXTREMESLAND was smooth, with comfortable wins over teams like MISO and Detonator. They also have recent wins against teams like New4 and LGD under their belt. This will be their first international LAN that they are attending and they have been cited as the “hope” of Japan. Will they rise to the occasion? Or will they fall apart in the group stages, we will have to see.

Flash Gaming is a strong contender for the trophy. With star players like YuanZhang “AttackeR” Sheng and Andrew “kaze” Khong leading the charge, I feel that they are a team to beat. With solid results recently, it’s no surprise they are currently ranked number #2 on our rankings. I feel that a win in Shanghai will secure themselves the top spot in Asia. However, Vici Gaming will be looking to defend their title and Dream[S]cape will be looking to out perform their friends from China. This will not be an easy task.

Some Teams Will Be Looking to Prove It To ELEAGUE

Following the controversial move by ELEAGUE, the Asia minor will be an invite-only event. Most notably, teams like B.O.O.T – Dream[S]cape, Recca Esports and NASR Esports were not invited. The aforementioned teams will be participating in here in Shanghai, however. If they garner wins over teams like Kings, Vici Gaming and Flash Gaming, teams who were invited to the Asia Minor, this will show ELEAGUE that they potentially made a mistake in their invites. These teams will have a lot to prove, and with strong motivation driving them, they shouldn’t disappoint.

Can khARUM Rise To The Occasion?

Following news about The Mongolz pulling out of eXTREMESLAND Finals, khARUM was invited to replace the top Mongolian squad as they were the runners-up for the Mongolia Qualifiers. All of the Mongolian fans will surely be looking at them to represent their country well. This will be their first international LAN tournament for the kHARUM. As much as I want them to have a good run, I feel that they wont go deep into the tournament. However, after the news was released that Pakistan’s ‘vRn’ will not be attending due to visa issues, the chances of them breaking out of groups just improved.

What Is The Standard Of Indian CS:GO?

Entity, arguably the best team in India, recently won the ESL India Premiership and cruised comfortably through the eXTREMESLAND India qualifiers. It will be interesting to see their performance in Shanghai, especially considering that the team has announced that they will soon be playing under a different banner. Will the pressure to perform get to the boys from India? Or will they take the qualification as a victory on its own?

Can Vici Gaming Hold Their Title? With teams like Tyloo absent (for an extended bootcamp in Europe), and Flash Gaming chasing their number one spot, Vici Gaming is under alot of pressure to perform in this tournament. Even though their recent online results are not the best, ViCi are notoriously known for performing well on LAN. They have a high chance of taking it all in Shanghai. However, it a lot has changed since last years event, and the boys from Shanghai will face a much stiffer competition to last year.

How Well Will The Underdog Teams Perform?

There is always a sense of unknown coming from the underdog teams such as UTM eSports and Talon eSports, and some would say that these are the dark horses of the tournament. We are always unsure of how well they will do as you never really know the true standards of these teams. I am sure the top teams in this tournament will not overlook a team with crazyguy leading the charge (UTM eSports). Furthermore, with best-of-ones being so volatile in nature, single map upsets in the group stages are not out of the question.

The eXTREMESLAND Asia Finals is sure to be an interesting event for Asian CS:GO. With many of Asia’s best teams attending, we should have a lot of entertaining games to look forward to. It will also be thrilling to see the underdog teams perform on LAN and see what they are capable of. Overall, the goal for eXTREMESLAND to bring Asia’s best really seems prevalent in Shanghai right now.